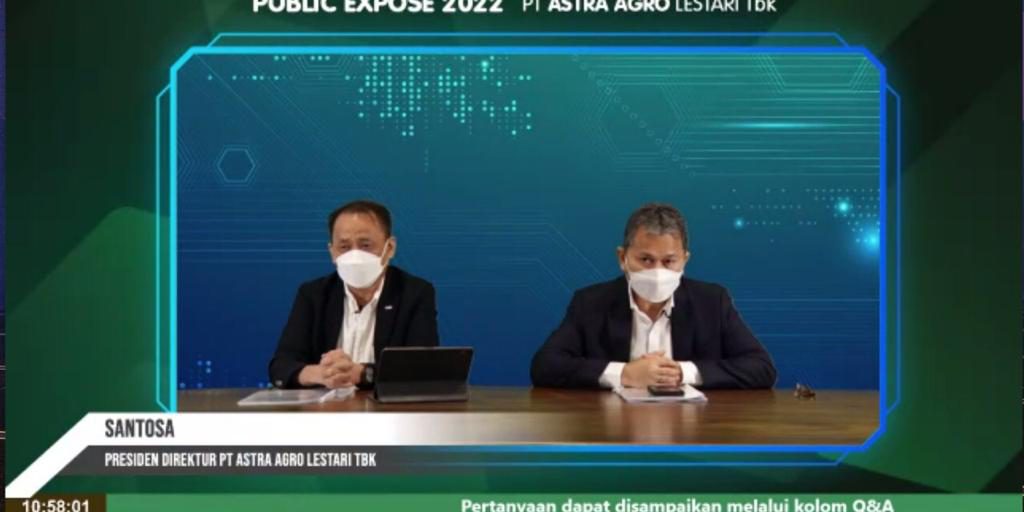 Jakarta – Even though 2021 was full of challenges, PT Astra Agro Lestari Tbk still showed a positive performance. Amidst of the ongoing threat of the Covid-19 pandemic and the impact of several slowing factors, the company, which is engaged in oil palm plantations, has recorded an increase in the production of fresh fruit bunches (FFB).

One of the reasons for this increase in production is the partnership program run by the Company. “The Company’s partnership program has gone very well in 2021,” said President Director of PT Astra Agro Lestari Tbk, Santosa in a Public Expose after the Annual General Meeting of Shareholders (AGM) which was held virtually, April 13, 2022.

The positive impact of this partnership, according to Santosa, can be seen from the increase in third party FFB which increased by 25.6% to 3.27 million tons compared to 2.61 million tons in 2020.

CPO production has also increased. Throughout 2021, the Company produced a total of 1.47 million tons of CPO, or an increase of 3.1% compared to the Company’s CPO production in the previous year.

The positive impact of the partnership has convinced the Company to continue to strengthen cooperation with partner oil palm farmers. In line with the digitalization program that has been running since 2018, a new phase of digital technology implementation has begun to touch farmers who are the Company’s partners. Service to partner farmers is expected to be better.

The Company has given special attention to operational activities and corporate social responsibility (CSR) that can contribute and support the achievement of the Sustainable Development Goals (SDGs). As a result, the Company has identified that the Company’s operational and CSR activities have achieved 15 of the 17 SDGs goals, with 55 targets and 99 indicators.