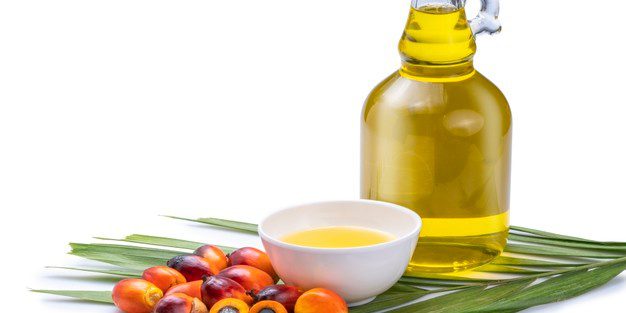 World Population Day is marked on July 11 every year to focus attention on the importance and urgency of issues related to an ever-increasing human population, including their relations with the environment and development. It was first observed by the United Nations Development Programme (UNDP) in 1989 and is observed in different ways to highlight the emerging challenges and solutions to ensure a sustainable relationship with the environment and development.

As we observe World Population Day this year, it is an alarming reminder for humans to focus on the urgency and importance of various socio-economic complications that grow every year with global population. With an ever-increasing population, challenges like hunger, poverty, climate change, food shortage, water scarcity, and global pandemics have emerged over the years and the problems will only become more dire as available resources are finite.

There is an extreme urgency to change our old approach towards food production and take on responsible interactions with the environment to avoid further degradation of natural resources. This is the only solution if we are to feed ourselves today while creating a source of food that can sustain future generations. The challenge to provide not only for today’s populations but to have sustainability added for increasing populations is one of the biggest challenges that the world community is currently facing.
Yet it is a challenge that must be fought with every resource and every sector must carry its own share of responsibilities to ensure their product is sustainable. Agriculture as one of the most important human activity has been identified as one of the main contributors to climate change. As the sector looks to reduce its environmental impact, land efficient crops like palm oil figure prominently as a solution.

As one of the world’s most consumed vegetable oil, it has to be included in any discussions on feeding the world sustainably especially in view of population growth. Found in 50 percent of household items, including food and non-food products, the versatile agri-commodity plays a crucial role in contributing towards global food security and economic development.

As the global population increases, health and nutrition become additional aspects of importance for all nations to have a healthy population. On this front, palm oil is one of the most salient and sustainable ingredients in the global food basket.

Studies have shown that palm oil with its naturally high content of vitamins A and E is good for heart and brain health. The carotene found in palm oil is a precursor to vitamin A- responsible for- healthier skin, better vision and stronger immune system. India ranks very low in terms of nutrition intake with 75 percent of the population suffering from Vitamin A deficiency. The consumption of palm oil is therefore an easy solution to help improve the situation.

In Western countries, the use of palm oil in foods increased dramatically when the World Health Organization urged all countries to stop the use of trans fats. In its latest report, the WHO reported over 3 billion people have been protected from harmful trans fats but 11 out of 15 countries with the highest deaths from coronary heart disease have yet to act. India is unfortunately, one of the countries yet to take national action.

This might be due to the misperceptions of the saturated fat content in palm oil. For the Indian consumer’s perspective, palm oil contains 50 percent saturated fats while butter and coconut oil contain 65 percent and 85 percent respectively.

Some critics have gone to the extreme of saying that using less palm oil would save the planet, which has been questioned by global experts including the International Union for Conservation of Nature (IUCN).

A study by the International Union for Conservation of Nature (IUCN) reported that “Palm oil contributes to almost 40% of the current global edible oil supply despite occupying only around 5.5% of the total global oil crop area (between 21.5 and 23.4 million hectares), which is the least as compared to any other edible oil crops in the world.”
The global cultivation of palm oil uses only 10% of farmlands dedicated to oilseeds production yet accounts for 35% of the global volume for all vegetable oils.

Other data analysis further debunks the myth of palm oil’s environmental footprint. A comprehensive report by Our World In Data made it very easy to understand with a graph. This is how much farmlands would be needed if only one type of vegetable oil was produced.

This is remarkable as palm oil interestingly enough, contributes to at least 11 SDGs, according to a study, ‘Global Environmental Change’. Moreover, other reports have revealed that the palm oil sector has successfully attained 55% of its ‘No deforestation commitments’, which places palm oil way ahead of other vegetable oils for certified sustainability. In fact, oil palm is the most efficient oilseed crop in the world as one hectare of oil palm plantation is able to produce up to eight times more oil than other leading oilseed and also requires the least usage of carbon emitting fertilisers. This in particular makes it one of the most sustainable solutions that could meet the ever-growing needs of the population, especially in developing nations like India, Pakistan and Bangladesh.

India, as the second-largest consumer market of palm oil, is pushing the edge for making a shift to sustainable usage of palm oil. As India is one of the most populous countries in the world, its influence on how other countries treat their environment is undeniable. This influence will only grow as over the last two decades, the consumption for edible oils including domestic and imported oils have increased dramatically.

For palm oil alone, consumption has increased by 181 percent with 8.8 million tonnes consumed in 2020 out of which 93 percent used only for cooking and baking. It’s appreciable that the nation consumes a cooking that is affordable and more environment-friendly than its other imports like soy.

With the ever-increasing population and the government’s leading role in expanding sustainable palm oil farming domestically, India could lead the way in ensuring the sustainable production and consumption of palm oil. There is a wealth of knowledge that India can tap into from the knowledge of the national sustainability frameworks like ISPO and MSPO to make its domestic palm oil production and consumption sustainable. These frameworks are of a kind and no other vegetable oils have any such stringent sustainability mechanisms in place.

India’s initiative to develop its own standard, Indian Palm Oil Sustainability framework (IPOS), for sustainable palm oil based on Indian laws, practices and market realities with an alignment to global sustainability principles is a great step forward towards protecting Indian biodiversity as domestic cultivation expands.

This World Population Day, all stakeholders must urgently address and emphasise on the socio-economic and ecological issues that come with an increasing population. While palm oil sector leads the way in meeting sustainability standards across all vegetable oils, it has the potential to play a crucial role in setting the requirements of our increasing population for a sustainable source of food for all Indians consumers.