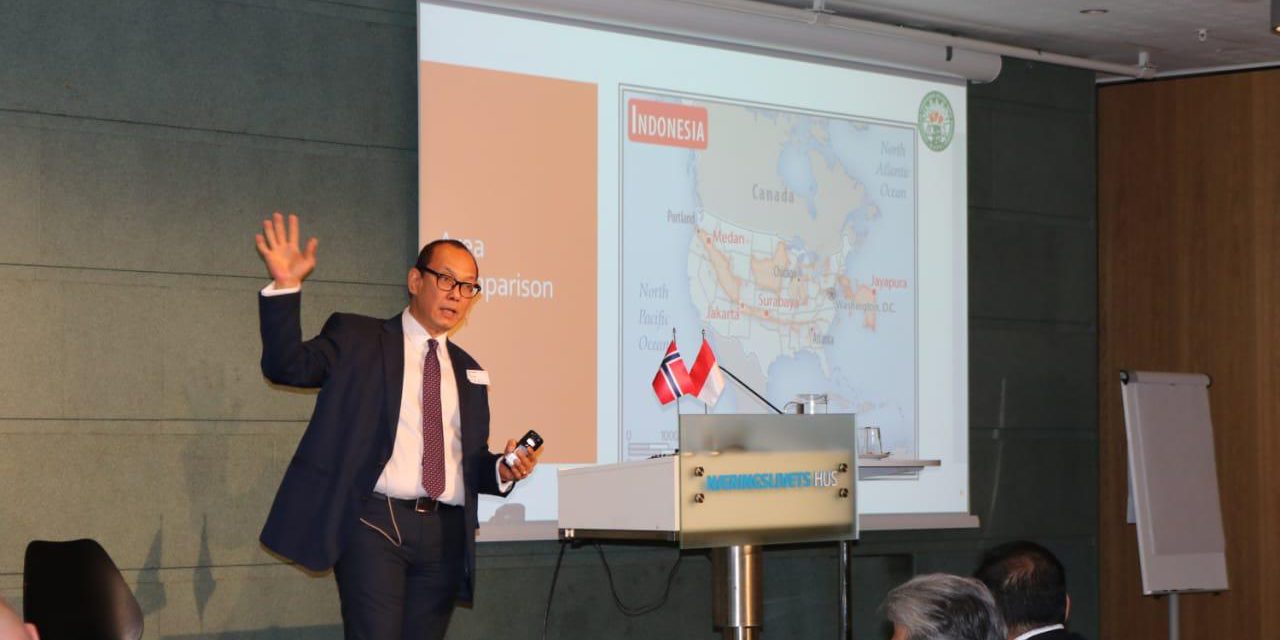 THE JAKARTA POST/OSLO – The Norwegian government has told Indonesia that despite pressures from its parliament to adopt stricter measures against palm oil, the country will not ban crude palm oil and its derivatives, though it has demanded that Indonesia work toward sustainable production.

Indonesian Ambassador to Norway Todung Mulya Lubis said on Friday that Norwegian officials had assured him there would be no ban on palm oil, neither in policy nor in the newly signed Comprehensive Economic Partnership Agreement (CEPA) between Indonesia and the European Free Trade Association (EFTA), of which Norway is a member.

“I scrutinized the agreement, and I did not see that palm oil was excluded. So as a matter of policy, the Norwegian government has not banned palm oil despite the fact that we hear so much noise coming from politicians and environmentalists,” Todung told a stakeholder forum on palm oil in Oslo.

Marit Vea, political adviser to the Norwegian minister of climate and the environment, told the same forum that the parliament had pressured the government to draw up a comprehensive proposal for measures aimed at regulating foods that contribute to deforestation. The measures have to be in place by January 2020.

“But let me clarify, this is not going to be a ban on palm oil or other crops […] because we know that the palm oil sector is important for the Indonesian economy. We know that it employs millions of people, including many smallholders,” Vea told the forum.

To put the call into action, Vea said, the Norwegian government had agreed to provide soft loans to oil palm smallholders in West Kalimantan to increase production at their farms. In addition, she said, Norway also supported a green fund that would provide capital for deforestation-free production of commodities in several provinces in Indonesia.

Last year, Indonesia and Norway were involved in a spat following the Norwegian parliament”s move to ban Indonesian crude palm oil and its derivative products, which prompted Trade Minister Enggartiasto Lukito to threaten that Indonesia retaliate by rejecting fish imports from Norway.

Norway would lose more in a prolonged trade dispute as it enjoys a big surplus in bilateral trade. Indonesian exports to the country totaled US$60.2 million last year while Indonesian imports from Norway were recorded at $181.9 million, mostly from fish and fishery products.

Indonesia’s palm oil is facing an uphill battle in some export markets, including the European Union, which adopted a delegated act to phase out the use of palm oil in the energy sector starting 2021, with a complete ban slated for 2030.

Todung noted that Norway not an EU member should serve as an ideal market for palm oil following the signing last December of the Indonesia-EFTA CEPA.

He said that although there was a lot of criticism regarding palm oil production, Norway still used it for both food and energy. Norway currently does not import palm oil directly from Indonesia but from other countries in Europe.

Kristine Vergli Grant-Carlsen, CEO of Stl Norway, which produces and distributes biofuels, said demand for palm oil was high, in line with the rising demand for energy, especially biofuels, but the problem was that Norwegian society did not accept use of the commodity.

“We believe that biofuel is a necessary solution to reduce our dependency on fossil fuels,” said Grant-Carlsen. “But deforestation seriously harms the social acceptance of palm oil as a tool to combat climate change.”

Lung Melah youth who hopes that palm oil will continue to give blessings
November 19, 2020