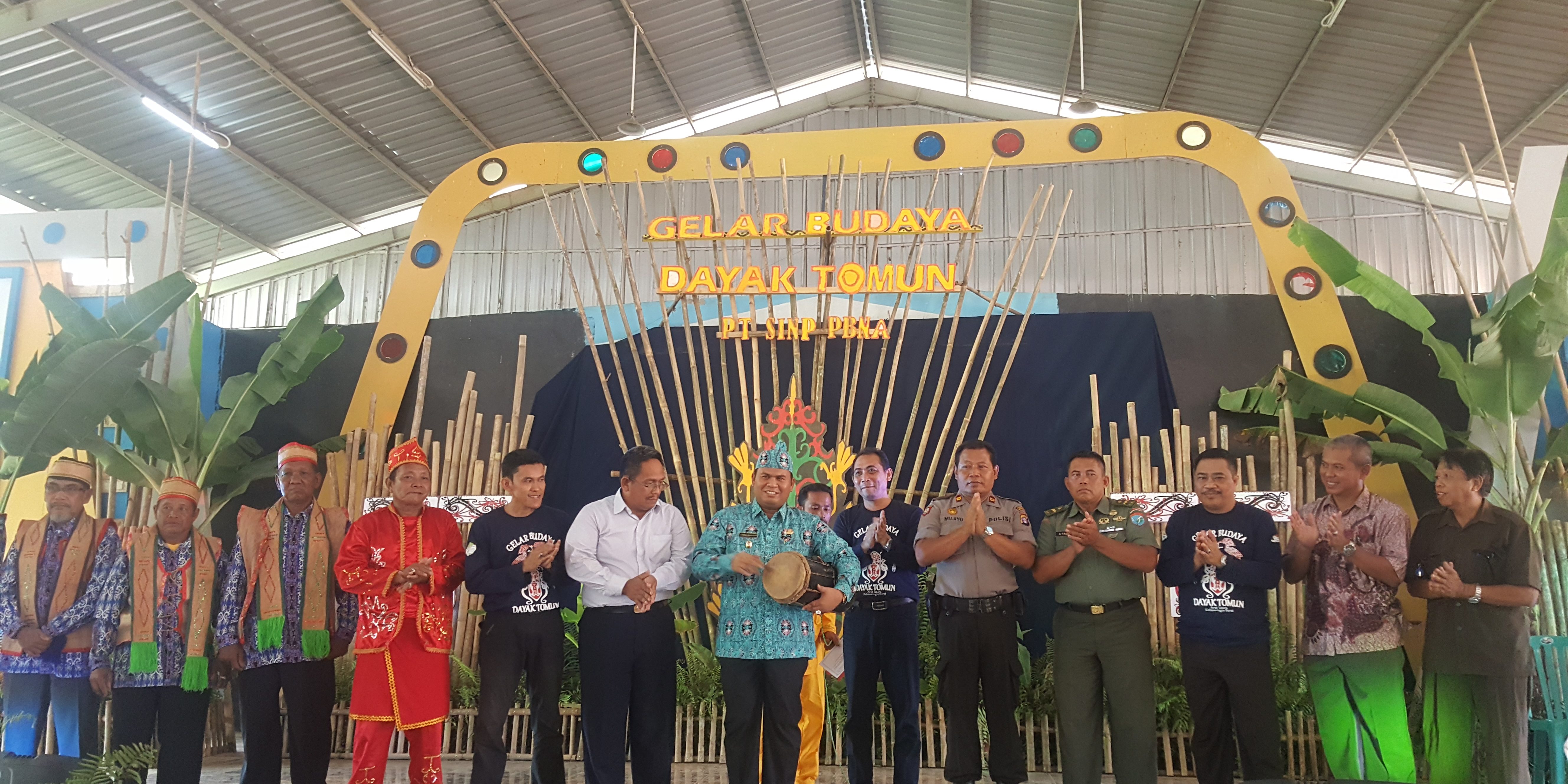 PANGKALAN BUN – culture is an invaluable heritage from our ancestors, as a big country, Indonesia known to have numerous tribes and cultures, and as Indonesian it is our duty to preserve those culture. That’s what underlie PT. Astra Agro Area Lestari Borneo I through one of its subsidiary, PT. SINP/PBNA to vow to preserve Dayak Tomum’s culture at Arut Utara Districts, Kotawaringin Barat District.

According to Ketut B. Astawa, the theme were suitable with current condition, which is the rise of foreign cultural invation, that made PT. Astra Agro Lestari Borneo I wanted to help flourish young generation’s devotion to local culture.

“we’re not just held this show, but we also coach children in local art studio, we provide a place to help develop the talent and hopefully in the future it can their devotion in local culture, so that the culture won’t extinct and stays for the next generations to come,” said Ketut.

He said this show not only showed Dayak’s traditional dance but also showed many traditional sports such as Belogo, Begasing, Besumpit. Paintings and art crafting of Dayak Tomum also showed

“This show is a real act done by PT. Astra in culture and art empowerment. We hope that this show will be held again and opened for public, so that the community can feel that this company’s existence bringing a lot of benefits not disasters,” Said Kotawaringin Barat’s vice Regent.

He also stated that the company existence could gave a major contribution in economic sector and development acceleration of Arut Utara Districts through road building funded by consortium.

“I would like to say thank you for Astra’s concern to the society and development of Arut Utara Districts through Consortium, because without company’s help the development won’t be this fast due to limited District Government funding,” said vice regent.

“the company’s effort are synegized with Kotawaringin Barat’s District Government program, that’s why we encourage from now on Damangs and society figures to create local wisdoms by preserving the origin of what we have including our forests,and  flora and fauna contained in it,” He said.