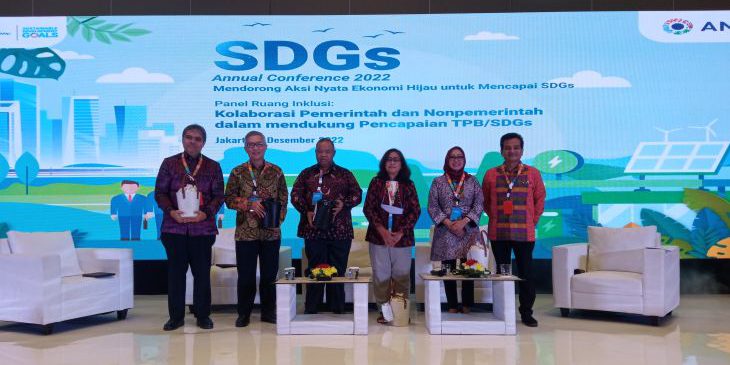 Jakarta (ANTARA) – The Coordinating Ministry for Economic Affairs spotlighted collaboration as being crucial in pursuing a green economy to achieve the Sustainable Development Goals (SDGs) in 2030.

Deputy for Food and Agriculture Coordination at the Coordinating Ministry for Economic Affairs Musdhalifah Machmud stated that the collaboration in question is between the government, private sector, and public.

Machmud made the remarks during the 2022 SDGs Annual Conference here on Friday.

“Collaboration has become a necessity. The government and the private sector can no longer work alone, neither can the regional government want to do it alone, it cannot be like that,” he affirmed.

In the palm oil industry, the government had developed a partnership pattern between public and private plantations to equalize productivity and income levels between the two, he noted.

Collaboration must be established to improve the quality of production and income from smallholder plantations, so that they could be at par with the plantations owned by private companies, he further remarked.

The quality of production and income from smallholder plantations is expected to be the same as that of private plantation companies.

“Now, they (the people) only get two tons, 2.5 tons. We expect that like the private sector, (the production) can be up to six to eight tons or even more. They have to be the same, and what we hope is to pursue the rejuvenation of the people’s palm oil,” he stated.

The Palm Oil Plantation Fund Management Agency (BPDP-KS) has a crucial role in a sustainable green economy, he pointed out.

“They (the agency) have a major role in its implementation. We need to collaborate because supporting the development of palm oil (is our collective task),” Machmud explained.

On the same occasion, Head of the SDGs National Secretariat at the National Development Planning Agency Vivi Yulaswati also emphasized the importance of collaboration from everyone, especially between government and non-government entities, for achieving the green economy target for Indonesia’s vision for 2045.