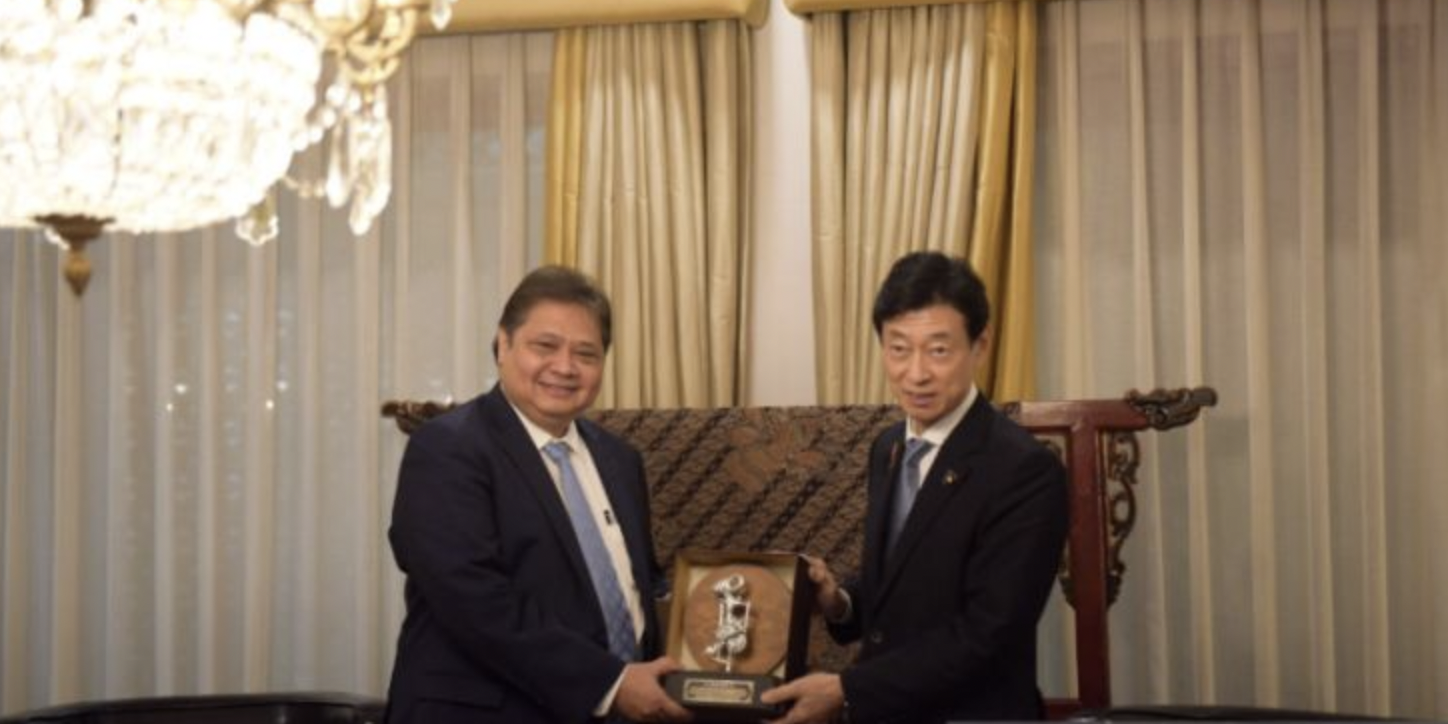 Through the Indonesia-Japan Economic Partnership Agreement (IJ-EPA), the two countries have made many achievements in their cooperation and renewed cooperation agreements, including increasing Indonesia’s canned tuna exports to Japan with more competitive tariffs, increasing the import duty-free quota for the export of 4,000 tons of banana per year, and altering import duty-free conditions and adding the quota of pineapple exports.

Japan is waiting for the implementation regulation of new ISPO that will deal with palm oil downstream industry in Indonesia.

“Indonesia assures that the oil palm sustainability aspect meets the conditions set by Japan under the Feed in Tariff (FIT)m scheme,” he said.

The two ministers also discussed Regional Comprehensive Economic Partnership (RCEP). Nishimura congratulated Airlangga on the approval of the ratification. RCEP is the largest trade block initiated by Indonesia while it was chair  of ASEAN 2011.

In addition, he also asked about Japan’s view on IPEF launched by US President Joe Biden and 14 other heads of state on May, 2, 2022

Nashimura said IPEF is very important for Indonesia as the largest economy in Southeast Asia to keep balance between profit and regulation.