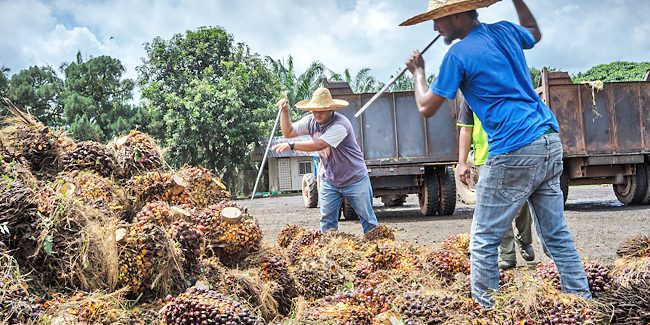 Malaysia’s palm oil inventories at end-July likely jumped to the highest in eight months due to improving production and soaring imports, a media survey showed yesterday.

Stockpiles in the world’s second-largest producer expanded 8.3 per cent from June to 1.79 million tonnes, according to the median estimate of 11 traders and analysts polled by media.

Production also rose to its highest since November, up two per cent to 1.58 million tonnes.

The better exports could be due to slower than expected palm oil exports from larger producer Indonesia, despite Jakarta easing restrictions on shipments, regional head of plantations research at CGS-CIMB Research Ivy Ng said in a note.

Concerns over demand for Malaysian palm oil as Indonesia cuts taxes and raises exportable volumes to clear its lofty inventories has pushed benchmark crude palm oil prices from record highs to its lowest in a year.

Varqa expects palm oil prices to flux between MYR3,800-MYR4,200 a tonne in August and September.