Palm oil will stay above 4,700 ringgit over next six month 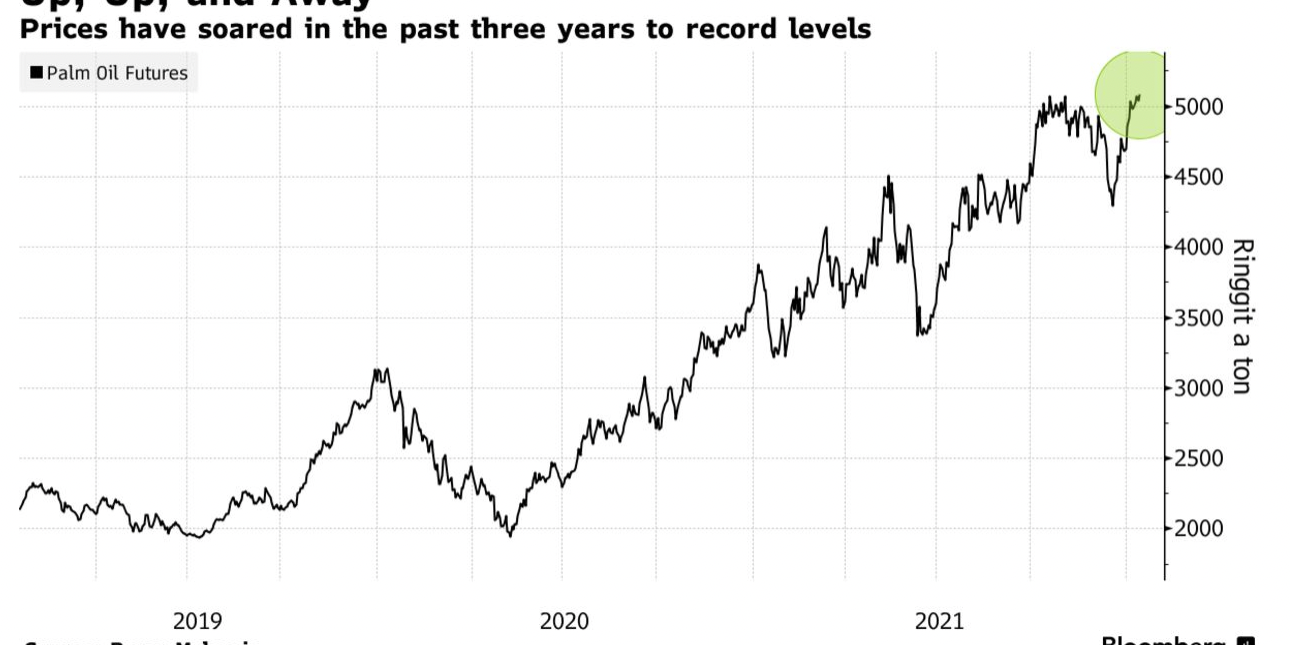 Palm oil will likely ease over the next six months but remain above 4,700 ringgit ($1,124) a ton as supply constraints that have pushed prices to record highs are set to persist, according to LMC International. It will take another 12 months before palm oil production in Southeast Asia recovers to end-2019 levels, Julian Conway McGill, LMC’s regional head, said in slides prepared for a seminar. This will imply three full years of zero growth as output from Malaysia and Indonesia shrank in 2020 and 2021, he said.

Palm oil prices have more than doubled in the past three years, driven by a severe labor crunch in Malaysia and tight global vegetable oil supplies. The Covid-19 pandemic shuttered borders in the No. 2 grower and froze new recruitment of foreign workers, sending annual production to a five-year low. The weak output from Malaysia was no surprise but the decline in Indonesia’s production after one of its strongest first-half performances came as a shock, McGill said. He expects Malaysian production to rise 2.6% this year to 18.6 million tons and Indonesia’s output to climb 5% to about 47 million tons.
Other details from the slides:

• Soybean crushing was below 2020 levels in most major producers and importers despite an excellent soybean crop. This has limited the volume of oil produced.

• As crushing margins improve, U.S. soybean oil supplies will become more competitive. In China, crushing has been undermined by power cuts despite better margins, but should rise after Lunar New Year.