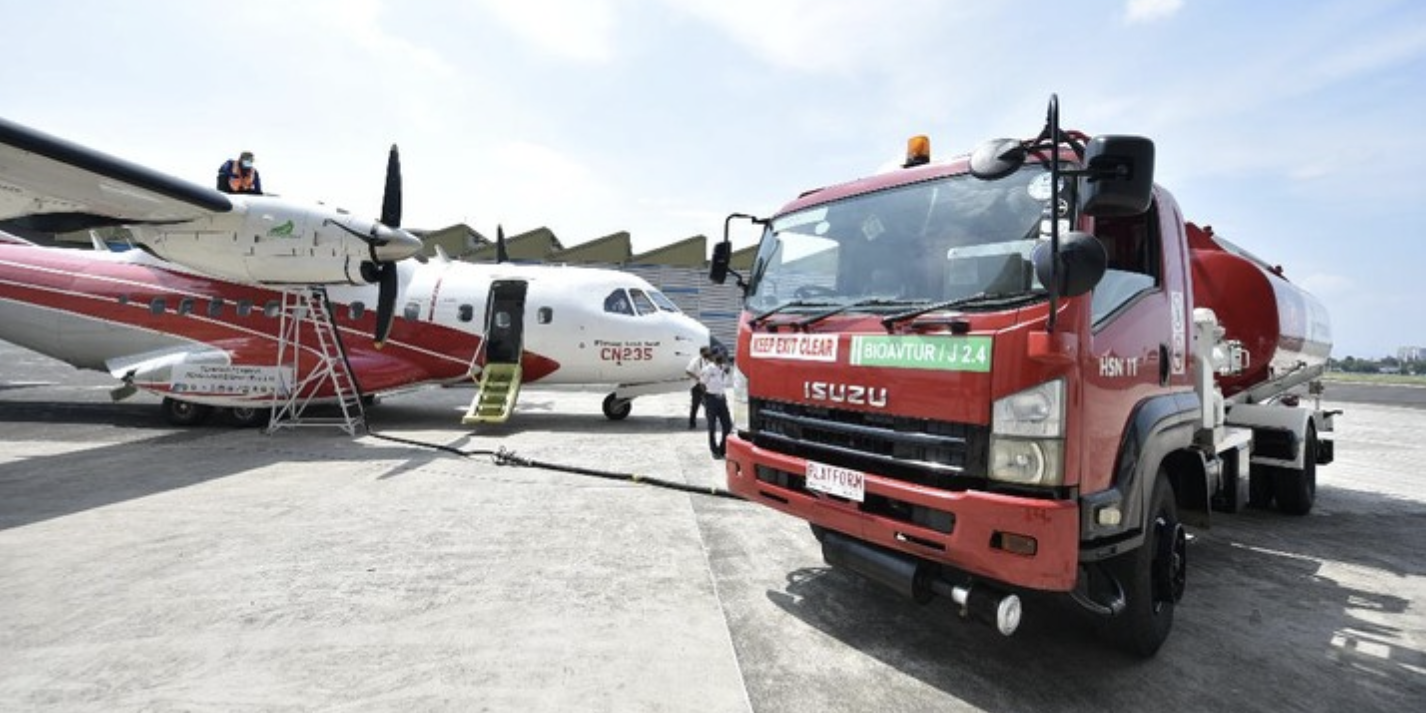 JAKARTA, Oct 6 (Reuters) – Indonesia conducted its first test flight using jet fuel partially from palm oil on Wednesday, a senior minister said, as the country plans to commercialise the fuel as it seeks creative ways to use the edible oil domestically.

The plane flew more than 100 km (62.14 miles) from the capital Jakarta to neighbouring city, Bandung.

“Indonesia, as the largest producer, of course needs to innovate the use of palm oil, including in the development of biodiesel, bio jet fuel and also continuing the D100 program,” economic minister Airlangga Hartarto told a virtual conference, referring to diesel made entirely from palm oil developed by state oil company Pertamina.

Indonesia currently has a mandatory biodiesel programme with 30% palm oil content known as B30. The government is keen to expand the use of the vegetable oil for energy and slash fuel imports.

The bio jet fuel used during the test flight only contained 2.4% palm content, but in a 2015 regulation, Indonesia has a mandated this be increased to 5% by 2025.

The Energy Ministry on Wednesday said the bio jet fuel market, assuming a daily consumption of 14,000 kilolitres, will have a potential market worth 1.1 trillion rupiah ($77.25 million) annually .

“We need 120,000 kilolitres (of palm oil) per year,” Dadan Kusdiana, director general of renewables at the energy ministry said, adding more research was needed about commercialisation of the fuel.