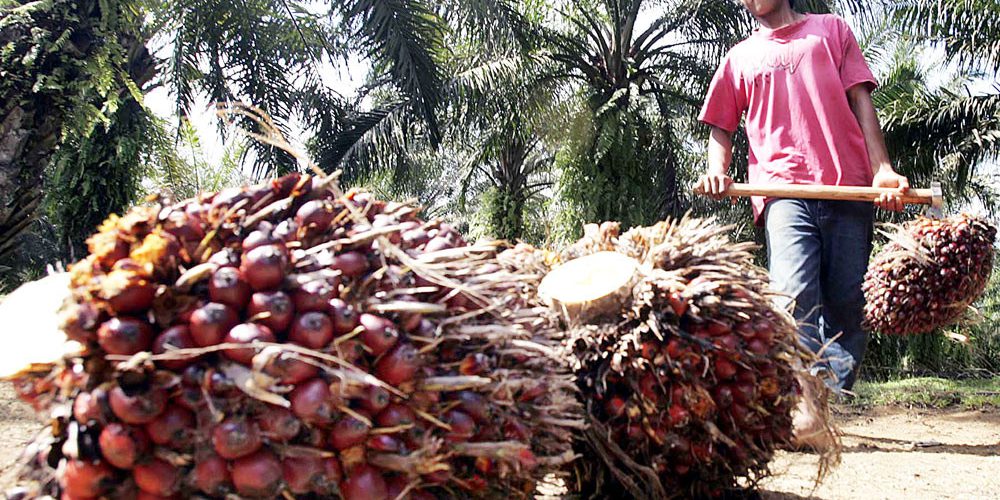 The global concerns about sustainability are steadily rising. Many countries are working to prevent climate change. Various targets have been set to minimize the effects of global warming. As a result, the issuance of green bonds has increased rapidly in recent years. Investment managers are also beginning to gradually reduce high carbon-producing sectors, such as fossil-based energy, from their portfolios.

A report by the World Resources Institute (WRI) shows that the energy sector, namely electricity and heat-producing activities, is the biggest global greenhouse gas (GHG) emissions contributor. This sector contributes approximately 30.4 percent of total global GHG emissions. Furthermore, agriculture is likely to become the next in the spotlight as it is accused of being one of the highest GHG emissions contributors, next to the energy sector.

One of Indonesia’s biggest agriculture products, crude palm oil (CPO), already faces obstacles regarding sustainability issues. The European Union (EU) through its Renewable Energy Directive (RED II) classifies CPO as a high-risk commodity under Indirect Land Use Change (ILUC). Under those criteria, oil palm plantations are regarded as being among the highest carbon-emitting crops when compared to other vegetable oils, especially due to the initial land-clearing process.

Indonesian oil palm plantations are accused of contributing to global deforestation hence reducing the forest’s ability to absorb carbon. Some farmers also use illegal forest burning to minimize land-clearing costs. The fires themselves also release massive amounts of carbon. Furthermore, the usage of peatland as plantation also greatly increases carbon emissions when compared with grassland plantation. Adding up those three points, oil palm plantations have huge negative carbon values even before the trees are planted.

Consequently, any CPO-based biodiesels produced or used by EU members will not count toward their renewable target. Under RED II, the EU will gradually decrease its consumption of CPO in biodiesel starting from 2024. In figures, this translates to a demand drop of approximately 2.6 million tons of CPO, or around 3.4 percent of global CPO production.

Of course, the Indonesian government has reacted to this policy. A complaint has been filed with the World Trade Organization (WTO) as the EU policy appears to be inconsistent with several WTO regulations. A panel has been established and is currently examining the policy thoroughly. The final report is expected to be released in the first quarter of 2022.

We believe that banning CPO from the biodiesel market in the EU will not provide an ultimate solution to its environmental problems. If the EU wants to replace CPO in producing biodiesel with other vegetable oils, it needs a much larger area for the crops to produce the same amount as CPO. In fact, the land use for CPO is far more efficient than any other vegetable oil.

One hectare of land can produce up to 4 tons of CPO, much higher than rapeseed, which only produces 0.7 tons of oil per ha, sunflowers (0.6 ton of oil/ha) or even soybeans (0.4 ton of oil/Ha). So, replacing CPO with other vegetable oils will just create more environmental problems because the other vegetable oils need much greater amounts of land, which will likely produce more environmental problems, such as, deforestation and GHG effects.

We are all agreed that irresponsible land clearing and farming practices need to be addressed correctly. We believe that there should be a priority in creating generally accepted international standards as reflected in CPO certification. The certification should be credible, transparent and, above all, globally accepted, which can be a win-win solution for producers, consumers and the environment.

Accordingly, the certification should be able to ensure that palm oil cultivation is sustainable, starting from the use of appropriate fertilizer, waste management, human management and clean product processing.

Furthermore, we could also consider developing a carbon-trading mechanism that can facilitate the trade between carbon producers and carbon absorbers with some compensation. Unqualified plantations unable to meet the requirement of carbon standardization could be charged with carbon credits to internalize their negative externalities. Subsequently, the credits should be allocated to repair damaged forest or replanting other forests in different locations.

We see the EU already has a draft for this mechanism in the Carbon Border Adjustment Mechanism (CBAM). Under the CBAM, exporters to the EU market may be charged with carbon taxes if their products generate carbon in their production processes. In principle, the carbon taxes will differentiate between imported products and similar products that are produced in the EU using sustainable methods.

In addition, the Indonesian government also plans to apply carbon tax and carbon trading mechanisms to products and businesses generating carbon. The carbon tax revenue should then be used to cleanse the carbon, such as by restoring peatland, forest conservation or reforestation. We believe the government’s plan in applying carbon taxes should be supported to ensure environmental sustainability in Indonesia.

Our important note to the plan is that the carbon tax and trading mechanisms should be credible and recognized globally with reference to global standards to make the policy acceptable globally. We expect the government to coordinate with other countries and we hope global organizations, such as the United Nations, synchronize the carbon tax and carbon trading mechanisms to avoid double charging, both in exporting and importing countries.