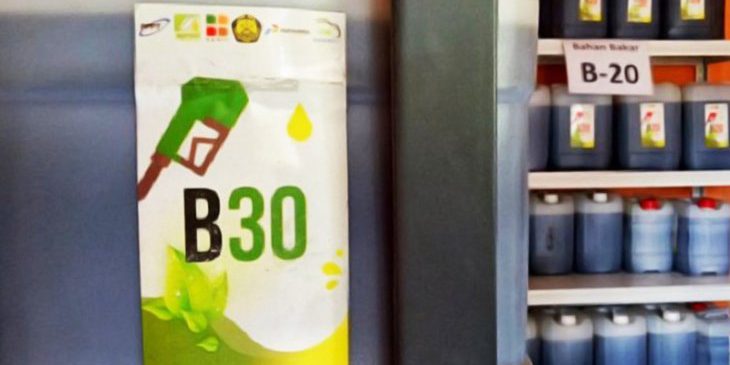 Achievement of the B30 biodiesel development program demonstrates Indonesia’s success as a B30 pioneer, Dadan Kusdiana, Director General of New, Renewable Energy, and Energy Conservation (EBTKE) at the Energy and Mineral Resources Ministry (ESDM), said.

“Our provision and utilization of biodiesel have made us the world’s leader in B30 implementation,” he affirmed here on Monday.

During the first semester of 2021, the government had distributed 4.3 million kiloliters of biodiesel, with economic value of Rp29.9 trillion comprising foreign exchange savings of Rp24.6 trillion and Rp5.3 trillion added value from processing crude palm oil to biodiesel, he stated.

Indonesia uses palm oil to produce biodiesel on account of its position as the world’s second largest  producer of the commodity, Kusidiana explained.

This year, the government has targeted the disbursal of 9.2 million kiloliters of biodiesel to maintain stability in the price of crude palm oil by absorbing the palm oil production for domestic demand, he remarked.

During the period from January to June 2021, the average monthly purchase order fulfilment had reached 93.03 percent, with the lowest recorded in January while the highest was in June, he noted.

“This program has been used by customers, who have diesel engines in transportation as well as other industry sectors,” the director general stated.

Implementation of the vegetable fuel utilization mandatory policy has succeeded in creating a domestic biodiesel market that has clocked significant growth since 2008. “This achievement also makes Indonesia a top biodiesel producer, surpassing the United States, Brazil, and Germany”, he informed.

This program has been supported by 20 vegetable fuel enterprises (BU BBN) producing fatty acid methyl ester (FAME) as well as another 20 BU BBNs mixing biodiesel with diesel fuel, with an average absorption of 766 thousand kiloliters each month, he noted.