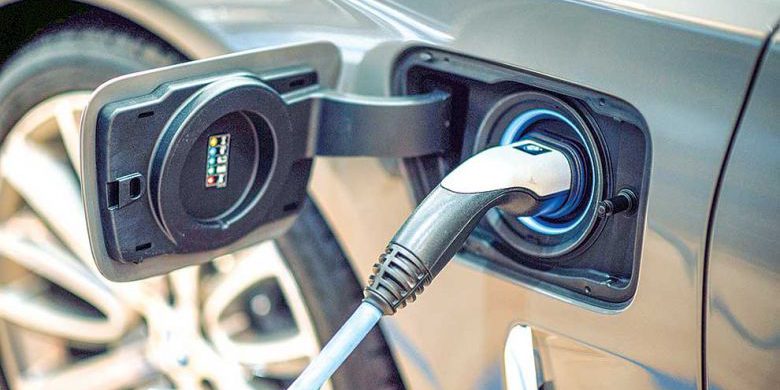 The Indonesian government has been sending mixed signals to the automotive industry as it looks to both electric vehicles (EV) and biofuels for greener road transportation.

Experts queried by the Jakarta Post recommend that Indonesia focus on EVs, as this technology would dominate in the long run, but they added that biofuel may play a major role at least in the next decade.

Institute for Essential Services Reform (IESR) executive director Febby Tumiwa said the government should have a clear timeline for phasing out biofuel in the transportation industry, as EV would be much preferred by vehicle producers and consumers in the future.

From 2025 to 2030, he went on to say, most people in Indonesia would still use vehicles with internal combustion engines (ICE), and the government would need to produce biofuel to fill the gap between domestic oil production and consumption without relying on imports.

“I think that, for the next 10 years, there won’t be a conflict between EV and biofuel development, but after that, EV will be the dominant trend among the public,” Febby told the Jakarta Post on July 19.

A clear timeline, he said, would afford biofuel producers time to adjust to changing demand, such as by not creating new plantations or refineries and by making palm oil products for other industries instead of the automotive industry.

With the issuance of Presidential Regulation No 55/2019 Indonesia has mapped out a plan for EV development as countries around the world aim to phase out ICE vehicles.

In December, by publishing its plan for battery-based EVs, the Energy and Mineral Resources Ministry committed to having at least 786,586 EVs on the road by 2025.

“Indonesia is also compelled to accelerate EV use as it seeks to establish an EV battery industry, [which would create] high demand for its nickel and cobalt,” Febby said.

The country has large reserves of both nickel and cobalt, which are the two main raw materials for lithium batteries. The battery is the most expensive component of an EV.

However, Febby noted that the development of the EV industry should be accompanied by an increased share of renewable energy in the nation’s electricity production to ensure that EV use would result in lower greenhouse gas emissions.

Meanwhile, Association of Indonesian Automotive Manufacturers (Gaikindo) chairman Yohannes Nangoi said that, while EV would be suitable for family cars and public transportation with a limited travel range, such as the Transjakarta buses, biofuel would still play a big role for other transportation purposes.

“Indonesia is rich in palm oil, which is environmentally friendly and can be used by heavy vehicles without requiring a new refuelling infrastructure,” he said in an online discussion hosted by Investor Daily on July 14.

While biofuel vehicles can be refuelled through existing gas stations, Indonesia needs to build some 31,000 commercial charging stations over the course of 10 years to reach its EV goals.

“EV is just one of several green transportation [options], alongside biofuel and hydrogen cells. I believe we can develop EV and biofuel simultaneously,” Yohannes said.

Indonesia has been developing biofuel for almost 15 years to reduce reliance on oil imports and tackle its oil and gas trade deficit. Oil consumption in the country has exceeded production since 2004, and oil imports have been on an increasing trend ever since.

The imports only declined in 2018 and 2019, as the government mandated a share of 20 per cent and later 30 per cent of palm-oil-derived biofuel in diesel fuel blends known as B20 and B30 biodiesel. For the next step, authorities are expecting to roll out B40 biodiesel – containing 40 per cent biofuel – by 2022.

“Besides offsetting imports, the biofuel programme is also a way to save the palm oil industry,” said Fabby of the IESR, adding that the programme had been conceived at a time of low crude palm oil prices.

Similarly, McKinsey & Company Indonesia partner Thomas Hansmann said EV and biofuel would complement one another, but over the next two decades, EV was predicted to displace petrol as the main energy source for passenger cars and two-wheelers.

McKinsey estimated that, as of 2021, Indonesia’s B30 mandate already replaced up to nine billion litres of fossil fuel per year. Hansmann said that, going forward, biofuels might also play a more important role than electric battery technology for air transportation, given that several airlines had pledged to use sustainable aviation fuels (SAF) by 2025.

“In the long run, however, EV may have a larger impact, as we expect that most new vehicles sold in Indonesia will be electric by 2035-2040, he told the Jakarta Post on July 22.

He went on to say that, with regard to exports, EV and biofuel would have strong potential due to increasing global demand for environmentally friendly energy sources on the back of growing concern over climate change.