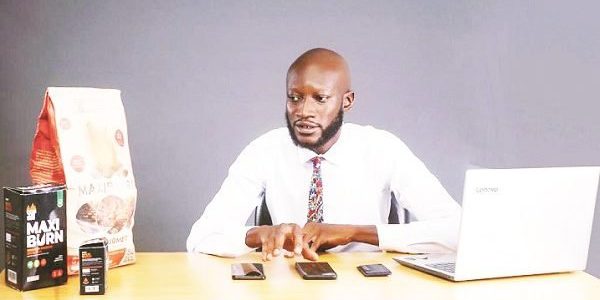 An agriculture, the so-called waste is not wasted.

The Chief Executive, Golden Seed Fats and Oils Limited,Lanre Sam-Akinkunmi, is proving this. He has explored every part of the palm tree. These include the empty fruit bunches (EFB), mesocarp fibres, palm kernel shells, and also the fronds and trunks. Though he keeps palm kernel shells left over from the extraction of palm oil in his plantation for the production of briquettes , he also encourages small scale farmers in Edo State where he operates to bring such remains to him for a fee.

From thepalm oil process, he explained, one could get waste.

He sees a good future in green energy and is ready to explore it after building a briquette plant in the oil palm plantation.

For his organisation, the focus is palm oil, Sam-Akinkunmi noted that biomass is becoming valuable as an income generator and that people have started to explore what they can do with it.

“We intend to service a range of industries with the launch of this product into the market; people who need industrial heating, fire place and boiler applications, steel furnaces, grilling restaurants, hotels and homes.

“Golden Seeds is ready to support the Federal Government in its charcoal export policy. We are working with relevant government agencies with regard to export, to enable us earn forex and grow the economy,” he said.

Sam-Akinkunmi said briquette charcoal is a substitute for the traditional tree charcoal, describing it as efficient, consistent, long-lasting and beneficial to the environment.

“So, from our shells, we converted directly into the same charcoal; but we have a higher calorific value in terms of heat value and minimal ash, it is a smokeless fuel that generates bluish flame.

“Its impact on the environment is renewable and at zero level. We are test running the product in a few weeks before we roll out to all the retailers and shops.

“We are working to get the product into the export market as well. We are futuristic that the government will look at the product and consider it not as a tree product.

“We will be getting into contract to produce for private labels as well.

“Also, we have plans to increase our production capacity and help the smallholder farmers, who supply us with the shells.

Sam-Akinkunmi stated that the company was producing 400 metric tonnes of the charcoal briquettes, noting that charcoal has a good market in Nigeria.“The industry is facing a huge clampdown, specifically with the ban on charcoal export because of the predominant source of the commodity,” he said.

He stated that Nigeria still ranked among the top five charcoal producers globally, but had not been regulated like in most parts of the world, with the exception of America and France.

Sam-Akinkunmi said there is a huge market for briquettes and the company was talking to retailers in Kuwait, Jordan, Oman, Middle East and North Africa.“A lot of North African countries are exporting to Egypt, Morocco, Jordan, Lebanon and others.“Saudi Arabia alone does about $80 million worth of charcoal annually, while South Africa does about $54 million worth of the commodity because they have a grill and soul food culture.

Globally, the oil palm industry generates the largest amount of biomass. It was projected to hit more than 100 million tonnes last year.

At present, the international market is increasing, the global biomass briquette market was valued at $320 million in 2017. It will reach $570 million by the end of 2025.