Gov’t Urged to Step Up Palm Oil Negotiations with EU 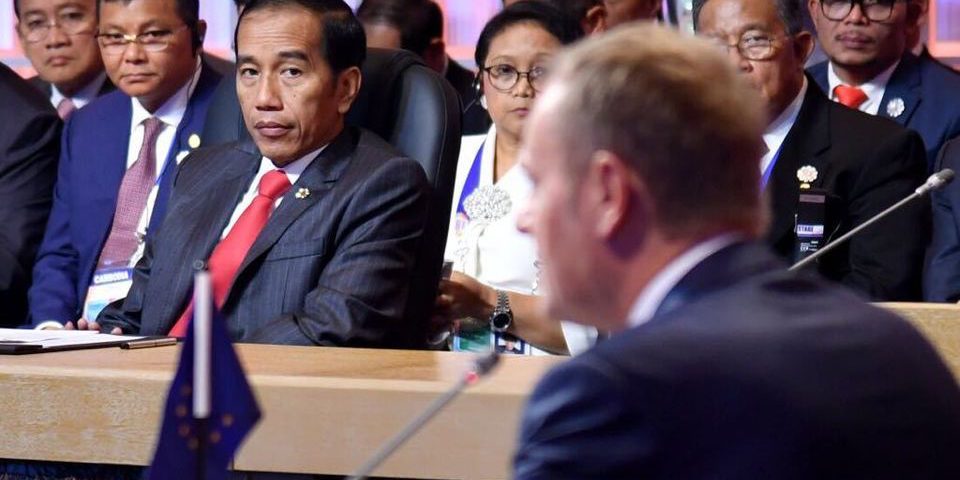 Market restrictions in the European Union continue to become the main hurdle for Indonesian palm oil exports for the last three years despite ongoing negotiations and efforts at the World Trade Organization, the industry association said on Thursday.

The government has since 2019 engaged in negotiations with the EU and lodged a complaint with the WTO’s dispute settlement body over alleged discriminatory policies on palm oil market, but the Indonesian Palm Oil Association or Gapki said little progress was made.

Under the RED2, the EU will start phasing out the use of palm oil-based fuels in 2023 and completely stop using it by 2030.

The challenging situation was exacerbated by decision in individual European countries such as Belgium and the UK to ban palm oil-based biofuel imports sooner, Joko said.

Belgium announced in April it will ban import of biofuel products made from palm oil and soy next year, saying they have little advantage over fossil fuels and citing concerns over deforestation.

“Indonesia-EU negotiations have been ongoing for three years now. Palm oil also has become a thorny issue in the CEPA [comprehensive economic partnership agreement] negotiations between Indonesia and the EU,” Joko said.

“We must not give in because we will be in big trouble if there is no concession for palm oil. We need persistent and tough negotiators,” he added.

According to Gapki data, the value of palm oil export stood at $22.97 billion last year, a significant contribution to Indonesia’s $21.7 billion surplus in global trade.

On December 9, 2019, the Indonesian government requested consultations with the EU and its member states in the WTO regarding their palm oil-based biofuel policies.

The panel on Indonesia-EU palm oil dispute was established in July 2020 with a timetable for the final report “before the second quarter of 2022”.

Malaysia, second only to Indonesia in global palm oil output, is also facing a similar problem and requested a consultation with the EU on a WTO forum on January 15.

Malaysia alleges that the EU contends that “only palm oil production entails a high risk of indirect land-use change [ILUC]” for the basis of pashing out and eventual ban of palm oil-based biofuels, conferring unfair benefits to EU domestic producers of other biofuel feedstocks such as rapeseed, sunflower and soybeans.

Later that month, Indonesia and Colombia joined the consultation.

The WTO has recently accepted Malaysia’s request for the creation of a dispute panel after its first attempt was blocked by the EU.

According to the WTO, Indonesia reserves the right to participate as a third party along with 17 other member states including Thailand, South Korea, Brazil, Russia, the UK, the US, Singapore, Guatemala, Australia, Colombia, Japan, Norway, China, Ukraine, India, El Salvador and Canada.

“No significant progress has been agreed upon so far. There is strong resistance in Europe because they have competing biofuel feedstocks such as sunflower. They make regulations to protect their own products,” Fadhil said.

“The EU has stated that they didn’t have a timetable for concluding negotiations, so this may take forever.”