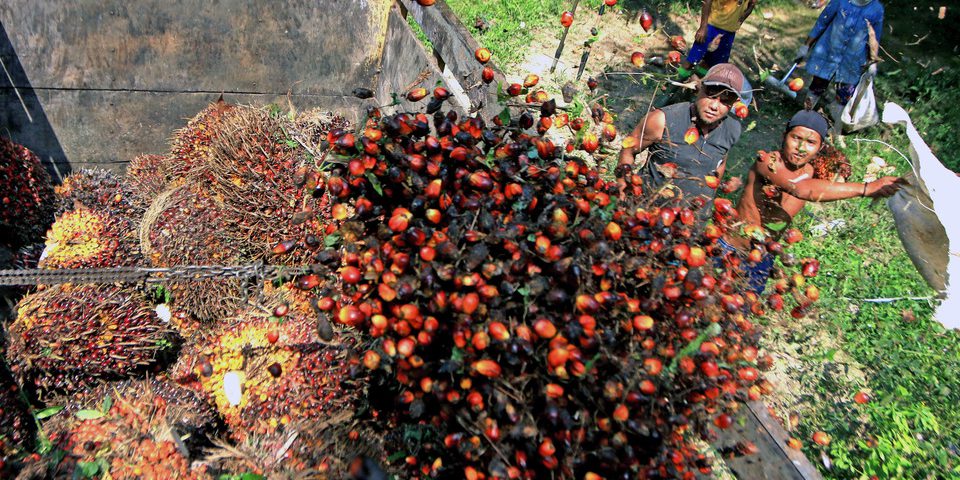 Indonesia once again spoke up against the singling out of palm oil, with the second round discussion on the vegetable oil —between European Union, or EU, and Asean— coming up this April.

The issue of sustainable palm oil has been a hot topic between Asean and the EU.

According to Foreign Affairs Deputy Minister Mahendra Siregar, rather than a problem, Asean is part of the solution when it comes to sustainable vegetable oil production.

“In regards to conserving the environment and reducing carbon emission, Asean countries are always consistent and leading by example,” Mahendra told an online conference held by Indonesian Palm Oil Association (Gapki) on Wednesday.

For instance, Indonesia has been on track with their commitment to slash carbon emission. Indonesia’s deforestation rate is showing a sharp decline thanks to the moratorium on new logging and plantation permits, Mahendra said.

While deforestation is crucial, Mahendra called for a more holistic environmental approach, which takes into account other aspects, such as the contamination of soil and biodiversity loss caused by other vegetable oil.

“Study showed rapeseed and soya plantations produce massive pollution on soils, rivers, and seas in their respective regions with the use of pesticides and inorganic fertilizers. They are also destroying biodiversity,” the diplomat said.

Palm oil is also subject to list of certification and standards.

“There are almost 700 certifications and standards which are developed, implemented and applied on palm oil. Rapeseed, soybean, and sunflower only have 30 [certifications] within the same time frame,” Mahendra added.

In addition, Mahendra noted Asean’s concerns are not only limited to palm oil discrimination. Fellow member states —such as the Philippines— have expressed their concern about coconut oil, which is increasingly facing obstacles in the international market, namely the EU.

Asean member states Indonesia and Malaysia are the top palm oil producers accounting for almost 85 percent of world’s production. Both countries have filed a suit against the EU to the World Trade Organization (WTO) for certain measures concerning palm oil and oil palm crop-based biofuels.

The WTO already composed the panel for Indonesia’s dispute settlement last November. Whilst Malaysia’s suit is still in consultations as of Jan. 15, 2021.

According to the EU ambassador to Indonesia Vincent Piket, the WTO is the right platform to settle disputes.

“The implementing act of the biofuel regulations of the EU is under review this year. The European Commission has engaged in an extensive scientific research and consulted with as many people, organizations and partners,” Vincent said.

“We expect the European Commission will publish its conclusions in the month of June this year.”