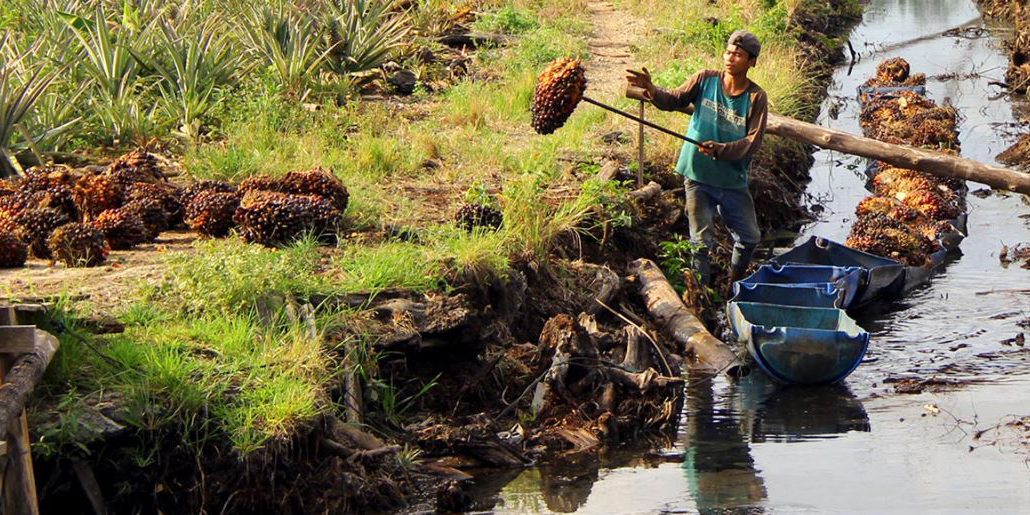 Switzerland approved free trade agreement with Indonesia. With the condition, however, that Indonesia produces palm oil in a sustainable and environmentally friendly way.

THE result of Switzerland’s referendum on March 7 showed approval of Swiss people towards economic cooperation between their country and Indonesia, particularly in palm oil trade.  The voters gave the green light for a free trade agreement between the two countries, with 51.6 percent approving, and 48.4 percent opposing.  President Guy Parmelin said the referendum results show that the Switzerland believes this trade agreement is proper and balanced He said that Switzerland will support Indonesia in producing palm oil in a sustainable way, and that concerns for those opposing the agreement would continue to be heard.  “This referendum was not to choose economics above human rights and the environment,” said Parmelin, as quoted by Swissinfo.

The Indonesian government, which has been lobbying Switzerland for a while, welcomed the referendum’s outcome.  “We hope cooperation between Switzerland and Indonesia can grow,” said Indonesian Deputy Trade Minister Jerry Sambuaga Tempo on Thursday, March 18.

Negotiations towards the agreement have been going on for a while.  In late 2018 Switzerland, as a member of the European Free Trade Association (EFTA), signed an agreement with Indonesia called the Indonesia-Europe Comprehensive Economic Partnership Agreement (IE-CEPA).  EFTA members are Switzerland, Norway, Iceland, and Lichtenstein.

According to IE-CEPA, 98 percent of Swiss products can enter free of excise taxes into Indonesia.  Conversely, a number of Indonesian products will enter Switzerland excise free, such as gold, jewelry, and optical fibers.

For palm oil, customs will not be erased, but reduced by between 20 and 40 percent.  This reduction only applies to volumes of up to 10,000 tons a year, and the importer must show that the palm oil was produced sustainably.

This agreement was actually already approved by the Swiss parliament in December 2019. However, this decision was interrupted by a left-wing alliance led by Willy Cretegny, an organic wine grower from Geneva The alliance gathered more than 61,000 signatures asking the government to organize a  referendum for the agreement. In Swiss democracy, a parliamentary decision can be brought onto the national voting if it is supported by more than 50,000 signatures.

Palm oil, a main ingredient for many products ranging from food to cosmetics, was at the center of those rejecting the agreement.  Several studies have shown that palm oil usage has led to environmental destruction in Asia.  A study done with satellite images by the United States research institution Chain Reaction Research showed that some 38,000 hectares of forest were cleared for oil palm plantations in Indonesis.  Malaysia, and Papua New Guinea in 2020. More than half of this destruction was done by 10 Indonesian palm oil corporation, and the rest by 112 other firms Palm oil is a symbol of free trade, Cretegny told AFP The main thing in free trade is  that it boosts consumption, even excessive consumption.”

Those opposing the trade agreement are left-wing parties and a number of non-governmental organizations.  Among them is the Green Party with 28 seats out of a total of 200 in parliament, and several small farming associations. Cretegny is also supported by environmental organizations such as Uniterre and Pro Natura. The Social Democratic Party, with 39 parliamentary seats and membership in the government coalition, had been a supporter of the trade agreement, but then switched sides under pressure of some party delegations. Meanwhile the other members of the coalition government, the business community, the government, and the big farming federations were proponents of the agreement.

The campaign against palm oil had hit Indonesian exports, down to 34 tons in 2019 from 161 tons the year before, even though it crept up again to 124 tons in 2020. “This was no longer a negative campaign, but a smear campaign,”  said Jerry Sambuaga “But we must lobby intensively with a variety of stakeholders.

This referendum result was a victory for Indonesia, but also showed the growing influence of environmental advocates The Green Party had made a proposal to promote sustainable food products and imports.  only got 39 percent of votes during national voting in 201s. “I am not disappointed at all (about this), Cretegny told Swissinfo.  “We already won before the results were announced, because we opened a debate about this topic.

Meanwhile Ronja Jansen, the president of the Young Socialist Party-a party affiliated with the Social Democratic Party-expressed her disappointment.  “Sınce the beginning, this has been David versus Goliath,” she said to Swiss radio station SRF. Switzerland imports some 32,000 tons of palm oil annually between 2012 and 2019.

Jerry said the referendum results have a positive impact on Indonesia.  “This will be an entrance into the European market, and at the same time it will work against the massive smear campaign on Indonesian products,” he said.

Simone de Montmollin, a member of the Radical-Liberal Party which campaigned for the agreement, underlined that the pact does not dismiss environmental problems “Free trade does not mean a free pass from conditions and restrictions. The principal is to agree to general regulations that  are mutually beneficial, “she said.  “The Indonesian government must improve the currently implemented standards.”

Muliaman Darmansyah Hadad, Indonesia’s Ambassador for Switzerland, said that the IE-CEPA will be in effect as soon as both parties ratify the agreement.  “Currently the Swiss government is preparing an ordinance or implementation guidelines for Indonesian palm oil,” said Muliaman in a written answer to Tempo on Thursday, March 18. “This ordinance is to fulfill a promise to the Swiss public that Indonesian palm oil enters the  Swiss market is sustainable palm oil. “

Regarding the sustainability criteria, Muliaman explained that both countries are cooperating to strengthen the Indonesian Sustainable Palm Oil (ISPO) certification, so that it can be entered as one of the standards in the ordinance. ISPO is a  certification for sustainable oil palm plantations set up by President Joko Widodo through a presidential decree on March 13, 2020.

Although opposition groups deem the effort as effective, the Swiss government has recognized certification schemes of the Roundtable on Sustainable Palm Oil (RSPO) and the  Palm Oil Innovation Group (POIG). Muliaman pointed out that only producers RSPO certification have imported Indonesian palm oil export  s to Switzerland “If the ISPO is entered as one of the Swiss standards, the Swiss market will be more open for Indonesian palm oil, he said.