EU-Asian Partnerships are necessary to prevent the next pandemic 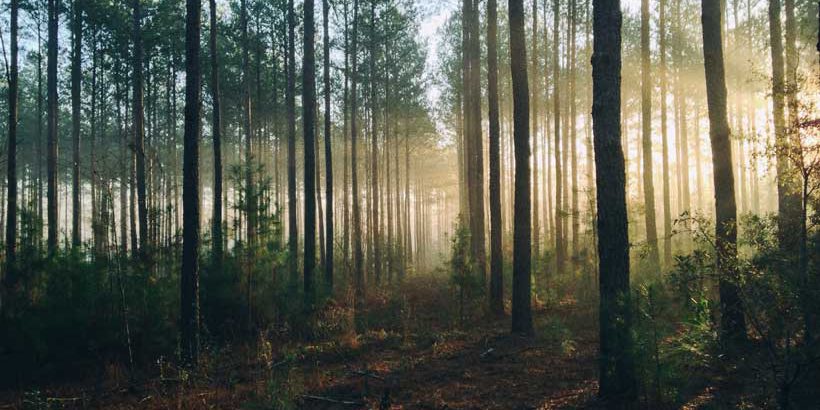 COVID-19 has demonstrated the vulnerability of global supply chains and revealed the ever-increasing ecological dangers of industrial expansion, which has amplified the risks of diseases migrating from animals to humans. This is demonstrated in a new report launched by UN Secretary-General Antonio Guterres which argues that to prevent future pandemics the world must cooperate to addresses interlinked challenges presented by biodiversity, pollution and the climate crises. The UN chief encouraged everyone to use the report to “re-evaluate and reset our relationship with nature”.

This is precisely the time for countries in the European Union (EU) to re-evaluate their trade relations with producer nations in order to protect local environment and prevent deforestation.

The relationship between deforestation and public health and cannot be denied. Unfortunately, in recent years the EU’s economic model has not paid sufficient attention to sustainability, trade and global forest management. So far, the EU’s approach to trade has ended up alienating the most important areas of biodiversity in Asia, while emboldening some of the biggest despoilers of biodiversity and polluters in the Americas.

The Konrad Adenauer Foundation, the leading think-tank of Germany’s ruling political party, has published its own  report  on how EU policies have unfairly targeted Asian commodities by fostering  protectionist market dynamics which harm the environment.

In one case in point, the EU initiated a ban on the import of palm oil from 2030, as a means to reduce  deforestation in Asia. However, scientific evidence actually indicates that sustainably cultivated palm oil is far better than other seed oil alternatives – rapeseed, coconut, soy and sunflower. Those commodities need up to ten times more land to produce the same amount of oil. Therefore, instead of halting deforestation, the ban simply transfers the effects of ecological degradation elsewhere – namely within the EU on the back of domestically produced commodities.

Meanwhile the EU continues to import beef and soy, the top two contributors to deforestation globally. In fact, beef production requires more than double the forest land than for the production of soy, palm oil, and wood products combined. Land clearing for beef and soy production in the Amazon has reached a 12 year high, leading scientists to warn of an irreversible ‘tipping point’  that could mean huge drought, forest death, and release of great amounts of stored carbon to the atmosphere.

As the Konrad report indicates, the move to ban palm oil while maintaining beef and soy imports is a double standard that has created a trust gap between the EU and ASEAN nations. This has inhibited collaborative efforts to combat deforestation as EU policies exclude ASEAN nations from important sustainability debates. Moreover, the EU ban does nothing to cease palm oil production. Producer nations will continue to produce without adhering to EU environmental standards and regulations. This will spell disaster, not only for the diverse wildlife found in Asia’s tropical forests, but for humanity’s public health – a correlation which cannot be divorced from the economy.

If the EU sought out a trade deal with ASEAN then it could integrate mandatory sustainable standards and enforce regulations to produce sustainable palm oil and limit deforestation.  The EU could also work with existing schemes like the Malaysian Sustainable Palm Oil (MSPO) standard, which purportedly meets the EU’s key sustainability criteria and is the standard against which almost 90% of Malaysian palm oil is now produced.

This is an example of how the EU has overlooked Asian success stories in creating adaptable blueprints through strict and proactive measures which have largely kept the virus at bay and allowed their economies to stay afloat. While Europe’s economy is only expected to grow by 3.7% in 2021, ASEAN nations are predicted to rebound over 6%.

That means we could have the best of both worlds; trade that opens up two powerhouse regions to a new era of economic vitality and cooperation – underpinned by ecological conservation through an unfailing commitment to protect pristine ecosystems, exotic wildlife and precious forests.

The EU should use the lessons of the pandemic to capitalize on its environmental goals, working with producer nations to ensure they are participating in ethical markets and enforcing sustainable practices which maintain biodiversity.

If the EU can build a global coalition with Asia, which prioritises trade and sustainability, they can underpin a bold new era in the fight for thriving, Covid-free economies.

Such cooperation would empower the European Union to encourage environmental consciousness across Asian economies—by incentivising compliance with laudable environmental goals and dis-incentivising noncompliance. There would be significant economic benefits to EU consumers as well like access to efficient and affordable edible oils from rapidly growing emerging markets. While in turn the producer would have access to the EU’s uniquely large market.