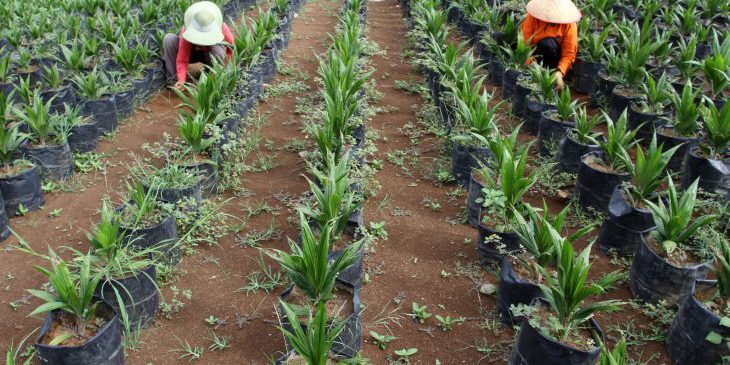 The government has inked a partnership agreement with stakeholders in the palm oil industry to achieve the target to rejuvenate small-scale palm oil plantations in 2021.

Deputy for Food and Agribusiness Coordination at the Economic Affairs Coordinating Ministry Musdhalifah Machmud remarked that the rejuvenation of palm oil trees is targeted to boost the productivity of small-scale plantations.

“It is a form of the government’s support to small farmers. Rejuvenation of small plantations is also part of the national economic recovery program that can absorb several workers amid the pandemic,” Musdhalifah noted in a statement here on Wednesday.

The six districts are Kotabaru in South Kalimantan Province, Serdang Bedagai in North Sumatra Province, Muaro Jambi and Merangin in Jambi Province, and Kampar and Indragiri Hulu in Riau Province. The partnership would cover an area of 18,821 hectares of plantation.

Musdhalifah spoke of the government’s funding allocation of Rp5.567 trillion to rejuvenate 180 thousand hectares of small-scale palm oil plantations in 2021.

In pursuit of the target, the Agriculture Ministry, Palm Oil Plantation Fund Management Agency (BPDPKS), and all stakeholders in the sector drafted the mechanism for the rejuvenation.