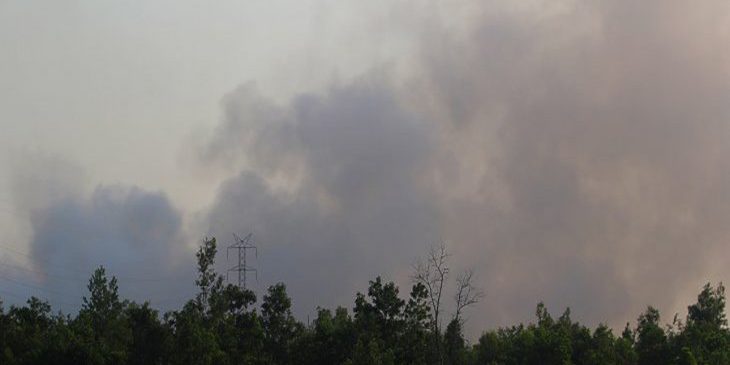 Indonesia, home to the world’s third-largest tropical rainforests, has been successful in significantly reducing the number of forest fire cases over the last several years, and steps must be taken to maintain this achievement.

Forest fire incidents in 2020 declined by some 82 percent from that during the previous year, Coordinating Minister for Political, Legal and Security Affairs Mahfud MD stated.

“Let us maintain this achievement, as the government remains committed to taking steps to prevent forest and land fires,” the minister remarked.

Hence, the government has issued Presidential Instruction Number 3 of 2020 to promote comprehensive efforts to accelerate the prevention of forest and land fires.

In the past, Indonesia was frequently hit by forest fires, whose haze spread to neighboring countries, such as Malaysia and Singapore.

President Joko Widodo has instructed all designated agencies to prioritize prevention and mitigation efforts to prevent the occurrence of such disasters.

“Do not let it bring shame upon us at ASEAN meetings. I order this. We are ashamed, as (they might) think we cannot solve this problem,” the president emphasized.

Widodo also spoke of adhering to his policy to replace regional military and police commanders if they fail to prevent or put out forest fires in their regions.

The head of state emphasized that anyone, who sets fire to forests, will face legal repercussions, with strict sanctions slapped by the civil and criminal administration.

The head of state also ordered the law enforcement apparatus to handle forest arsonists without compromise.

“I call for the application of law enforcement measures without compromise. The National Police chief knows what to do. We have done it before,” the head of state noted while giving instructions to participants of the 2021 National Coordination Meeting for Forest and Land Fire Control on Feb 22, 2021.

At the meeting, the head of state sought a detailed and mature national planning for the prevention of forest and land fires.

Widodo also instructed regional government heads as well as local military (TNI) and police commanders to put out any forest fire while it was still small, so that it did not later necessitate the deployment of helicopters for water bombing to put it out that required huge funds.

As the transition to the dry season is projected in May 2021, local governments have been urged to remain vigilant in facing the threat of forest and land fires.

In fact, several areas, such as Riau and West Kalimantan, have already been hit by forest and land fires since the end of January 2021.

Riau had recorded at least 29 incidents of forest fires, while 52 incidents were reported in West Kalimantan.

In line with the president’s instruction on stricter legal enforcement against forest fires, the West Kalimantan Provincial Police recently named eight suspects in seven cases of forest and land fires in the province since early this year.

“We have, so far, handled seven cases of forest and land fires and apprehended eight suspects in the cases,” Chief of the Public Relations Section of the West Kalimantan Provincial Police Senior Commissioner Donny Charles Go stated in Pontianak on March 5, 2021.

Donny noted that three of the eight cases of forest and land fires were found in Mempawah District, while the remaining five cases were detected in other districts.

Donny confirmed that the police was probing the likely involvement of corporations in forest and land fires. The satellite had spotted several hotspots in plantation concessions.

A total of 325 hotspots, indicating land and forest fires, were found in West Kalimantan as of Feb 26, according to the Meteorology, Climatology, and Geophysics Agency (BMKG).

“The land will be sealed. It cannot be used for five years, and their owners will be fined,” he emphasized.

In Riau, the area of land and forests gutted by fires has reached 248 hectares, spreading in Bengkalis, Siak, Dumai, Indragiri Hilir, Pelalawan, Kepulauan Meranti, Indragiri Hulu, and Rokan Hilir, since early this year.

The local Regional Disaster Mitigation Office (BPBD), in collaboration with other related offices, has stationed six thousand personnel constituting BPBD, military, and police officers in 12 districts and cities to anticipate, prevent, and handle forest fires, according to Head of the Riau BPBD Edward Sanger.

The Riau authorities have declared an emergency status for forest fires in five districts from February 11 to October 31, 2021, and established a task force post responsible for coordinating efforts to handle and prevent forest and land fires in the province.

The five districts are Bengkalis, Siak, Pelalawan, Rokan Hilir, and Meranti Islands, while the municipality is Dumai.

Parts of Indonesia’s forests are covered by peat that is prone to fire when it dries up. Hence, the government, in cooperation with plantation companies, conducted peatland restoration and built blocking canals to prevent wildfires.

Coordinator of the Riau Pantau Gambut Network Romes Irawan Putra cited data from a monitoring conducted during the 2017-2018 period that the peat restoration plan in concession areas, both for industrial plantation forests and palm oil plantations, had not been implemented.