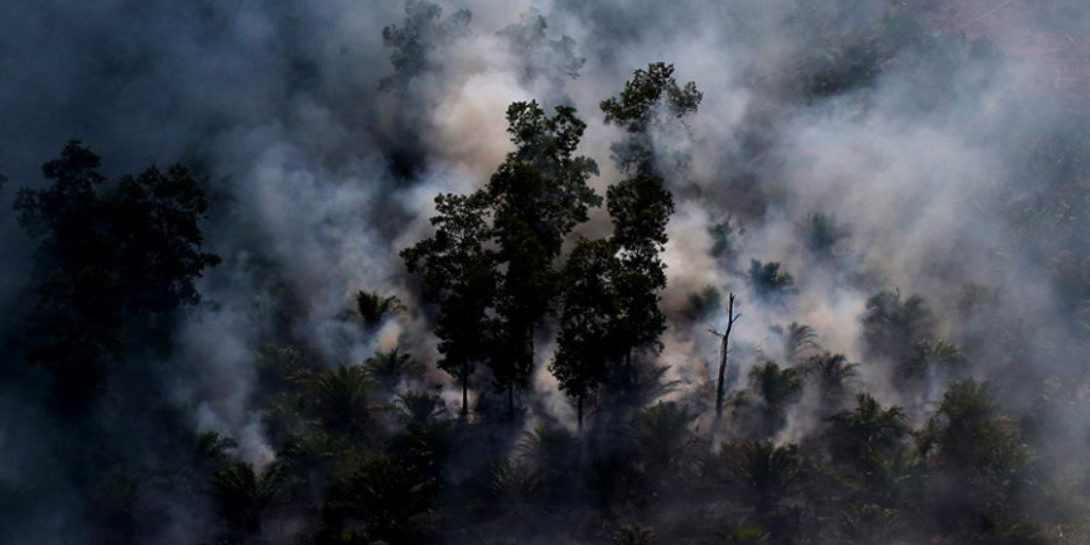 World Resources Institute’s Global Forest Watch can now track deforestation shortly after it occurs despite being obscured by cloud cover. The functionality will greatly improve efforts to monitor tropical deforestation and degradation.

Radar for Detecting Deforestation (RADD) alerts use radar data from the European Space Agency’s Sentinel-1 satellites, which cover the tropics every 6 to 12 days. This will greatly reduce the delay typically associated with detecting deforestation that occurs under the cover of clouds, according to a blog post from Global Forest Watch’s Mikaela Weisse.

“‘Optical’ sensors, like those on NASA’s Landsat satellites, can only capture images of the ground on cloud-free days,” Weisse writes. “If clouds get in between the satellite and the ground, we have to wait at least eight days until the satellite makes a full orbit to try again at that location. In many rainforests, we may only get a cloud-free satellite image a few times a year, and those often only during the dry season.

“The RADD alerts based on [Sentinel-1] data can reliably detect deforestation and other forest disturbances with minimal delays. Using RADD alerts, forest monitors will be able to react to deforestation sooner than ever, which will give them an edge in preventing further loss.”

The long wavelength radio waves can also penetrate smoke and haze, providing insight on forest loss that is occurring in areas that are otherwise shrouded. This is important because vast areas of Southeast Asia and the Amazon can be blanketed by haze and smoke during their respective burning seasons, when large scale forest damage is often caused by fire.

“This means that even tiny changes on the scale of just a few trees are detectable with the RADD alerts,” Weisse writes. “The increased detail of the RADD alerts means that we can now see the impact of that harvesting more clearly, which is critical information for those working to combat illegal logging.”

RADD is currently being applied in 31 countries that account for the vast majority of tropical deforestation in Southeast Asia and Africa, including Indonesia, Malaysia, and Democratic Republic of the Congo. Global Forest Watch says it intends to expand the geographic coverage in the future since Sentinel-1 data is available on a global scale.

Global Forest Watch says that RADD was borne out of an collaboration between “ten of the world’s largest palm oil producers and buyers”, Satelligence, and Wageningen University and Research. World Resources Institute facilitated the project and added it to the Global Forest Watch platform, which has a variety of forest monitoring and analysis tools.