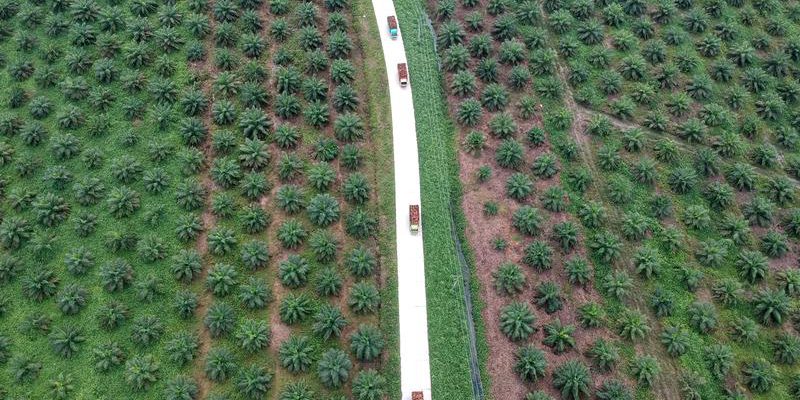 Swiss voters will decide on a free trade agreement (FTA) with Indonesia on Sunday, with lower tariffs on palm oil imports the main issue in what the polls predict will be a tight referendum.

The Alpine country signed the pact with Indonesia in 2018 together with the other European Free Trade Association (EFTA) members Iceland, Norway and Liechtenstein.

Under the FTA, both parties will gradually reduce or abolish import duties on industrial products. For palm oil, Switzerland will reduce tariffs by about 20%-40% for up to 12,500 tonnes per year, but only if sustainability standards are met.

Indonesia is the world’s top producer of palm oil, which is used in cosmetics, food products and biofuels. Palm oil has faced scrutiny from green activists and consumers, who hold it responsible for forest loss, fires and worker exploitation.

The Swiss parliament ratified the deal in 2019, but the “Stop Palm Oil” movement – backed by the Greens as well as environmentalist and anti-globalisation NGOs – called a referendum under Switzerland’s system of direct democracy.

In the latest poll by market researcher GFS Bern for broadcaster SRG, 52% of voters said they intended to back the deal.

“I oppose free trade agreements because they eliminate customs duties that are there to prevent unfair competition from low-cost countries,” said Willy Cretegny, an organic wine producer in western Switzerland who initiated the referendum.

“They lead to a throwaway society that wastes resources. Standards to protect the environment or people’s health and safety also disappear along the way,” he said.

The government recommends the FTA, saying it would give Switzerland’s export-oriented economy better access to growth market Indonesia while promoting more sustainable palm oil production as only certified oil could enjoy tariff reductions.