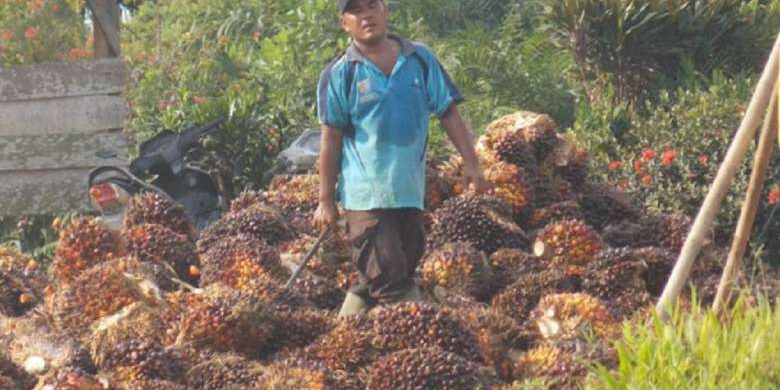 Environmentalists in Indonesia have called on the government to try and settle more than 1,000 disputes triggered by the presence of palm oil plantations, including agrarian ones between indigenous people and palm oil companies across the country.

They said the situation is threatening to spiral out of control

However, only 1.2 percent or 13 of these cases have been settled. Almost 11 percent of the disputes involved indigenous people, Sawit Watch said.

“Although palm oil has made a big contribution to the national economy, it causes many problems and conflicts with indigenous people,” the group said.

The group reported there was about 22 million hectares of palm oil in Indonesia last year producing about US$23 billion.

Rico Kurniawan, director of the Indonesian Forum for the Environment in Sumatra’s Riau province, agreed, saying more conflicts will occur if ancestral lands of indigenous people are allowed to be grabbed by plantation companies.

Unfortunately, permits are still being handed out on a large scale, he said.

He said Dayak tribal groups in Kutai Timur district are in dispute with a company belonging to the Tri Putra Group in which they claim about 4,000 hectares of their forest land has been encroached upon and are demanding more than US$1 million in compensation to restore their land.

On Feb. 8, they sealed off the entrance and exits to the plantation but were forced to end their protest on Feb. 11 due to pressure from the police.

“We want to see such conflicts settled, but not in a way where the indigenous people’s rights in East Kalimantan and other regions are ignored,” Brother Sudir told UCA News.

Disputes in the past have turned deadly. In November 2019, a palm oil executive was arrested for allegedly masterminding the killing of two activist journalists who were mediating a land dispute between his firm and residents in Labuhan Batu in North Sumatra province. Both men were found with multiple stab wounds.

Presidential Chief of Staff Moeldoko acknowledged that the palm oil industry was generating disputes, but he stopped short of saying what the government is doing to resolve them. He only said companies should pay attention to the environment because it impacts local people.