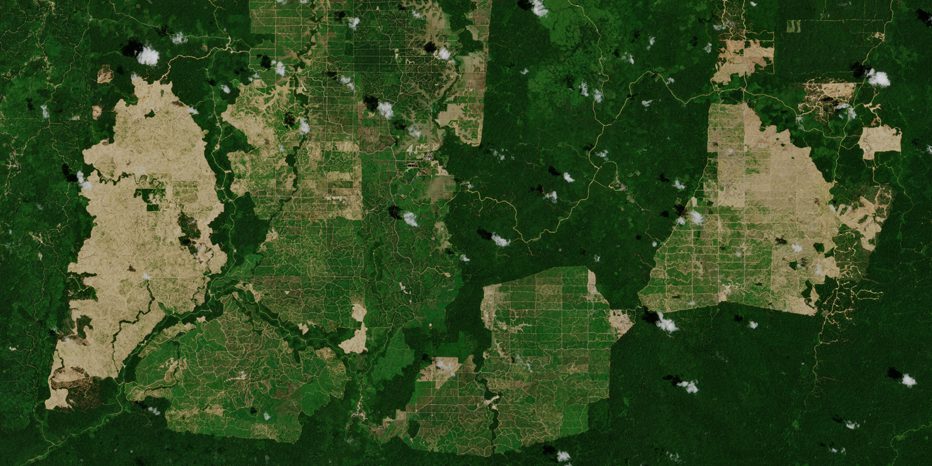 As the world’s largest producer and consumer of palm oil, the palm oil industry has become an important part of Indonesia’s economy. At least half of the world’s palm oil supplies are supplied from Indonesia. Indonesia supplies with an output of around 40.6 million tons, and export volume of 29.3 million tons in 2018. This figure puts Indonesia as the world’s largest producer of palm oil, followed by Malaysia, Thailand, and Colombia. The size of the Indonesian palm oil industry has a significant role in absorbing labor. As many 4.2 million direct labor and 14.3 millions of indirect labor, while oil palm plantations run by independent smallholders can absorb 4.6 million people.

Statistical data states that the EU is Indonesia’s second largest export destination with 14.35% market share, after India with a market share of 25.37%. The value of Indonesia’s palm oil exports in 2016 was the largest compared to Indonesia’s exports in other non-oil and gas sectors. With this strategic position, this issue is a concern for all related parties in Indonesia because disruption to Indonesia’s palm oil exports to the EU will have an impact on the Indonesian economy as a whole. Therefore, the issue of oil palm is an important part of Indonesia’s economic diplomacy efforts that involve all parties.

In early January 2018, the European Parliament amended the draft Renewable Energy Directive (RED) to include a ban on the use of palm oil biofuels in Europe after 2021. This move was strongly opposed by Malaysia and Indonesia. The two countries control nearly 90% of global palm oil exports. As part of the RED draft approved by members of the European Parliament, renewable energy will account for at least 35% of the EU’s overall energy use by 2030.

Biofuels made from food crops will be reduced to zero by 2030 under Parliament’s RED plan. The EU is a leader in efforts to mitigate climate change. The agreement that has been reached in the EU revision of RED II includes efforts to reduce certain categories of biofuels. The EU palm oil restriction then emerged when the European Commission issued a draft policy entitled Delegated Regulation Supplementing Directive of the EU Renewable Energy Directive II, which was submitted by the European Commission on March 13, 2019.

Apart from vegetable oil, the issuance of the European Union Council Parliamentary Resolution stating that palm products cause deforestation, create human rights violations, and do not support sustainability reflects encouragement from business players in Europe. This is because Indonesian palm oil products are considered a threat to the existence of the olive oil business.

Olive oil derived from sunflower seeds are very popular and widely produced in Europe. As a result, if palm oil products enter Europe, the two types of oil that are popular on the continent will be eroded. This situation presents the EU with even more dilemmas surrounding the import of palm oil from Indonesia. The need for oil is increasing day by day in Europe, while available land is very limited, and it is difficult to source any alternatives to palm oil.

Indonesia’s economic diplomacy aimed to fight for the export of palm oil derivative products at the World Trade Organization (WTO) highest stage, which is the WTO Appellate Body (AB) forum. Indonesia objected to the decision by the Dispute Settlement Body (DSB) panel in favor of the EU for the application of Articles 2.3 and 2.4, as well as Articles 3.1 and 3.5 Anti-Dumping Agreement (ADA). Indonesia only won claims related to article 6.7 ADA regarding the transparency of the investigation report. The panel’s decision resulted in a 2:1 position for the EU.

However, in another attempt, Indonesia won the lawsuit filed against the EU at the WTO over the imposition of Anti-Dumping Import Duty (BMAD) for biodiesel products from Indonesia. The final result of the DSB-WTO panel decision won the favor of Indonesia’s six claims against the EU. With this victory, now market access for biodiesel is widening and biodiesel exports to the EU can be restored. Previously the BMAD had been hiked to 23.3 percent from 8.8 percent in 2013, causing Indonesia’s biodiesel exports to Europe to fall sharply.

To resolve the dispute over BMAD biodiesel and the dispute at the DSB-WTO, Indonesia decided to take legal action through the EU courts. There are now seven major lawsuit claims directed against the EU. Not only that, in March 2017, Indonesia’s defense was again conveyed at the First Substantive Meeting (FSM) and was continued in the Second Substantive Meeting four months later. In the end, the DSB-WTO panel has seen that the EU dumping investigation process was inconsistent with the WTO Anti-Dumping Agreement regulations to the detriment of biodiesel imports from Indonesia. More specifically, the EU violated six provisions of the WTO Anti-Dumping Agreement in Indonesia’s dispute regarding its imposition of anti-dumping fees on biodiesel:

First, the EU does not use data submitted by exporters from Indonesia in calculating production costs. Second, the EU does not use data on costs incurred in Indonesia in determining the standard value as the basis for calculating the dumping limit. Third, the EU sets too high a profit limit for the biodiesel industry in Indonesia. Fourth, the method of determining the export tariff for one Indonesian exporter is not following the provisions. Fifth, the EU imposes a higher tax than the dumping limit should be. Finally, the EU cannot prove that biodiesel imports from Indonesia have a detrimental effect on the biodiesel price on the domestic market

The issuance of the EU Parliamentary Resolution and the EU Commission’s decision is a challenge for the palm oil industry in Indonesia. Because it has the potential to disrupt the running of the economy and harm various sectors, especially industry and labor. This resolution will also disrupt Indonesia’s palm oil exports to the EU, which is the second-largest importer of palm oil. Furthermore, the palm oil resolution is a form of discrimination and has political motives seen from the inequality of the resulting policies.

Alternatively, the vegetable oil of EU countries causes widespread deforestation but produces a small volume of production. It is inversely proportional to oil palm which uses less land but produces a larger production volume. From this, it is clear that the EU’s political and business motives stem from an inability to compete with Indonesian palm oil. Therefore, Indonesia has made various efforts to save the Indonesian palm oil industry. This is of course is done by establishing various forms of cooperation, both in palm oil-producing countries and also European countries themselves. Economic diplomacy through regional and multilateral patterns was successful, but steps toward the settlement of the trade war were carried out through the WTO, which was later won by Indonesia. This diplomatic effort has succeeded in pressuring the EU to start reconsidering its prohibition biofuel oils.