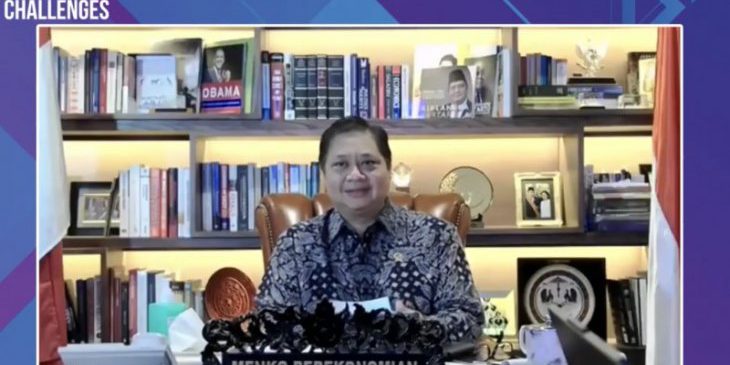 Jakarta (ANTARA) – Coordinating Minister for Economic Affairs Airlangga Hartarto stated that Indonesia’s economy had recovered from the impact of the COVID-19 pandemic, with some indicators having shown a positive trend.

“We observed that the consumer confidence index had reached 96.5 in December. We are optimistic of it reaching 100 points,” Hartarto remarked here on Tuesday.

The minister noted that one indicator of economic recovery was the consumer confidence index, as 50 percent of the country’s economy was based on consumption.

In addition, the Manufacturing Purchasing Managers’ Index (PMI) was recorded at 51.3 points in December, with the imports of raw material and capital goods having increased.

Micro loans (KUR) had also surpassed the target set at Rp190 trillion during 2020, Hartarto pointed out.

“When we see the smaller sector, the use of financial technology increased and reached Rp140 trillion,” he noted.

Another positive indicator is the trade balance surplus, at US$21.7 billion, with exports supported by some manufacturing products, such as crude palm oil (CPO) and its derivatives, coal, electronic metal, jewelry, and paper industry.

“Those are some sectors that propped up the national economic recovery,” he affirmed.

Positive sentiment was also seen in the Jakarta Composite Index (IHSG) in January that indicated investors’ confidence in the situation in Indonesia.

The minister echoed his optimism on the country’s economy growing some 4.5 percent to 5.5 percent in 2021, with the government’s efforts to curb the pandemic through its social restriction policy until February 6, he noted.