Promote biofertilisers as alternative to chemical ones 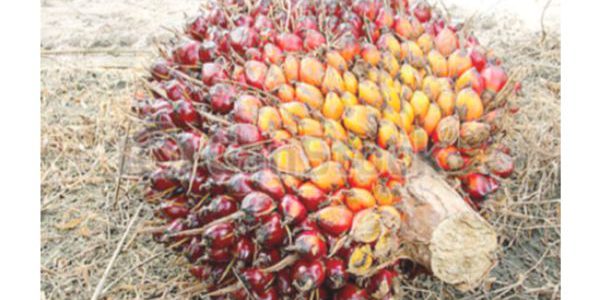 BIOFERTILISERS are “natural fertilisers that contain living microorganisms (live biomass or dormant cells of effective microbial strains) which, when applied to seed, plant surfaces, or soil, colonises the rhizosphere (i.e., plant-root interface) and promotes growth by increasing the supply or availability of primary nutrients to the host plant”. The term, “rhizosphere” refers to “the soil zone surrounding the plant roots where the biological and chemical features of the soil are influenced by the roots”.

The use of biofertilisers is particularly evident in the concept of organic farming and not least in the growing awareness of the practice of composting for soil fertility (by both households, e.g., bin and Sakura composting and enterprises, anaerobic digestion), which is much more environmentally-friendly and sustainable at the same time.

But on an industrial scale, biofertilisers should be promoted as an alternative to the widespread use of chemical fertilisers in the country, not necessarily as a substitute but as a preferred choice in the development of the agricultural sector and, by extension, the burgeoning green economy of the country.

It could well be that in one fell swoop the use of biofertilisers would render the conventional dual-practice of deploying microbial killers together with chemical fertilisers “redundant”.

In a recent article published online, Robert Hii of the non-governmental organisation, Friends of Borneo, called for the use of biofertilisers to reduce the emissions of Malaysia’s agricultural products, especially since it’s readily available.

Indeed, biofertilisers have been in use already in Malaysia, with pioneers such as BIO AG in Pahang and SOField Agrobio Resources in Sarawak, which have been helping farmers to increase yields while reducing operational costs and carbon emissions.

A specific use of biofertilisers is in relation to leguminous cover crops such as groundnut. These were used not so much to enhance soil fertility and, by extension, crop yields but to protect against any possible soil erosion and minimise water losses, especially during the drought season.

However, even though this practice has a precedent, it’s not well established. There is, therefore, much scope for innovative use and improvisation of our country’s rich natural resources to produce high quality, durable and effective biofertilisers. Such resources can be drawn not least from our very own ever versatile oil palm the waste of which has potential multi-faceted uses, including as biofertilisers.

The EFB of oil palm can be recycled or “renewed” as humic (i.e., acidic) substances (that enhance nutrient absorption), pulsating with “bioactive energy” that could induce growth of high yield crops with superior qualities.

According to studies done at local universities Universiti Sarawak Malaysia, Universiti Putra Malaysia, Universiti Teknologi Mara, Nottingham University (Malaysia campus), deploying biomass wastes from EFB as biofertilisers is more cost-effective and better than the current commercial habit of transforming these into mulch (material that covers the soil’s surface), which in effect serves the purpose as both microbial inoculant and substituting the role of leguminous cover crops as mentioned.

Hence, as mulch, EFB wastes do not behave as biofertilisers as such but merely supplement and complement the existing use of chemical fertilisers.

In fact, according to an analysis in a December 2002 issue of Journal of Oil Palm Research, there is little scientific evidence in support for the beneficial use of mulch.

Furthermore, the costs of collection and transportation is very high, and disposing excess or surfeit supply requires extensive burning, which impacts air quality, through the “clean clearing technique”. Therefore, it’s debatable at least, whether mulch is sustainable – economically and environmentally.

On the other hand, composting EFB wastes into biofertilisers have obvious benefits and advantages.

The same studies researched at local universities as mentioned have shown pronounced and accentuated physiological and morphological growth of plants using biofertilisers (from EFB wastes).

The findings demonstrate the capability of biofertilisers composted from EFB wastes to fulfil the needs and requirements of plant growth on a fully-orbed and holistic basis, in other words multifunctional.

In terms of costs and technological utilisation, oil palm biomass composting is – perhaps unsurprisingly – cheap and doesn’t require sophisticated mechanisms. In fact, there are also various methods of composting to suit the needs of the individual enterprise.

In 2013, the Microbiology Research Group at University Malaysia Sabah Biotechnology Research Institute developed a simple and easy way to accelerate the composting period to within 40 days.

And there’s not only a potentially huge domestic market, but also overseas market such as the European Union due to the latter’s policy on organic waste management and sustainable farming practices.

Biofertilisers can also represent additional income for oil palm and palm oil companies as they sell the excess supply to (local and foreign) counterparts that need them.

What more too are the business opportunities for our SMEs, which would be enormous if they seek to also capitalise and harness the commercialisation of biomass products, specifically biofertilisers, to be converted into eco- and bio-composite products across a range of sectors and industries. This from agriculture through to food production and furniture manufacturing.

Therefore, it is time for the government to work closely together with players and other relevant stakeholders in the industry to ensure the country makes full use of this potential to drive the economy forward and carve out a niche in the global markets.

Lately, beyond the palm oil industry, a concrete example could be seen in a breakthrough with the conversion of lignocellulosic fibres from discarded pineapple leaves to make strong materials for use in building the frames of unmanned aircraft or drones by researchers from Universiti Putra Malaysia.

According to Professor Mohamed Thariq Hameed Sultan, “drones made out of the bio-composite material had a higher strength-to-weight ratio than those made from synthetic fibres and were also cheaper, lighter and easier to dispose of.

And should the drone be damaged, the frame could be buried in the ground and would degrade within two weeks”.

Not least, this project will boost the income of pineapple farmers, especially in light of the ongoing economic impact of Covid-19.

In conclusion, biofertilisers should be integrated into a future 4th National Agricultural Policy for sustainable oil palm agriculture as well as agriculture as a whole including the agenda of making it more climate-change resilient and contributing to reduction in carbon emissions.