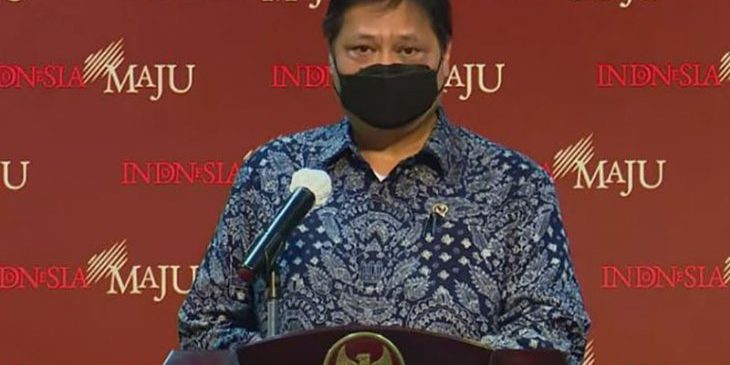 “We are optimistic, and the economic growth is projected at five percent by the end of the year,” Hartarto stated at a virtual press conference here on Thursday.

Among the indicators of the country’s economic growth is the Jakarta Composite Index (IHSG) that rose to 6,128 points after declining during Wednesday’s opening session.

Indonesia’s Manufacturing Purchasing Managers’ Index (PMI) increased and reach 51.3 points, while the price of some commodities, such as crude palm oil, coal, and nickel, braced the highest level.

The government has planned to start COVID-19 vaccination in mid-January of 2021 to regain public confidence amid the pandemic.

“The government has first focused on the issues of public health, and second, on the social and economy aspects,” he stated.

Growth in the fourth quarter of 2020 was projected to improve further and contracted 2.2 percent to 0.9 percent.

The improvement was partly owing to the government’s fiscal and monetary stimulus, including through the 2020 state budget expenditure.