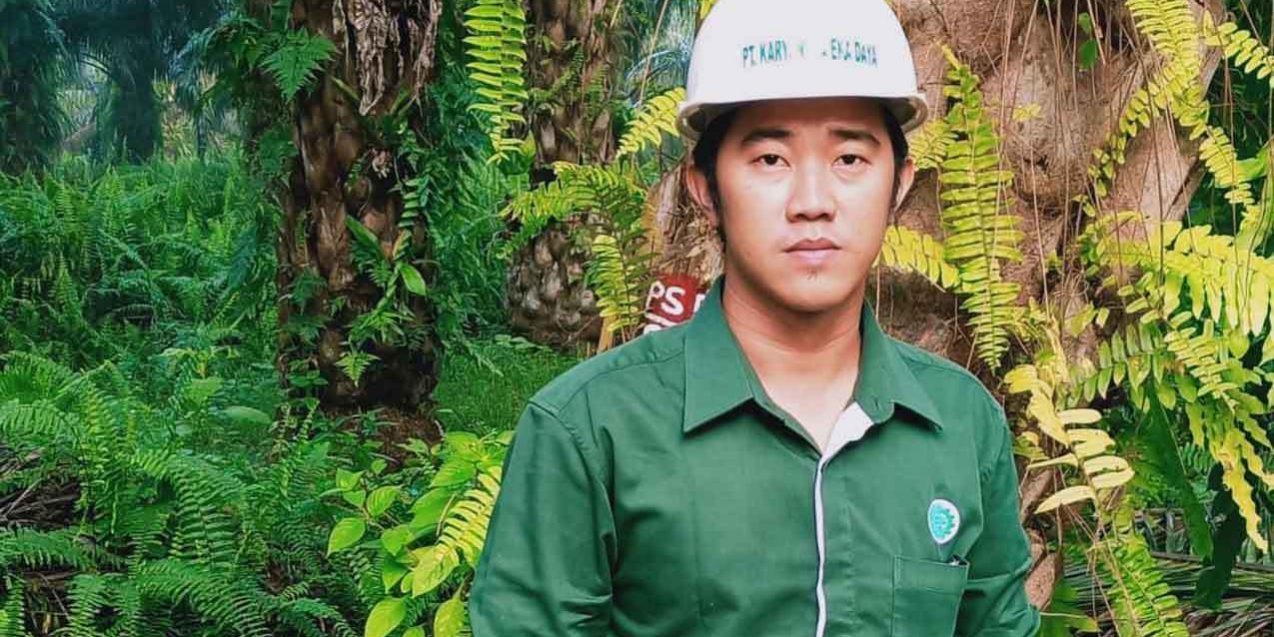 Yudison smiled proudly. A 28-year-old youth is a local boy from Lung Melah Village, East Kutai, East Kalimantan, who has successfully pursued a career in a palm oil plantation company. At a relatively young age, this Kayan Dayak-blooded man has just received a letter of promotion at PT Karyanusa Ekadaya (KED), the company where he works.

“I never thought of it, it is an honor to be able to have a career here,” said Yudison, Wednesday (11/18/2020). He had just been given the position of head of the afdeling.

With his new position, he is in charge of 60 workers and responsible for all tasks in his working area. The responsibilities include maintenance processes, harvesting fresh fruit bunches (FFB), as well as workforce management.

Considering his previous educational background, he admitted that he is lucky. Due to his family’s condition, he did not continue his studies after graduating from high school. In 2009, he and his fellow Dayak Kayan youths decided to apply for a job at PT KED. At the time, he was accepted as a foreman of care.

He works at PT KED for more than 11 years. He has gone through all parts of the work. In addition to being a nursing foreman, he has served as an afdeling crew that was concurrently a harvest foreman as well as the first foreman of the crop.

Because of his persistency, the management of PT KED gave him more responsibility when he was the first foreman of the crop. He was entrusted with managing the plantation, which at that time did not have an afdeling head.

Since then his life has changed from all sides. Guaranteed income and benefits, as well as opportunities for greater work.

According to him, being a head of afdeling is not easy. Moreover, the responsibility is getting bigger. However, he is optimistic. “I see it all as a challenge to improve myself,” he said.

Yudison is not the only one who chooses to work in palm oil plantations. Many other youth in Lung Melah Village have also succeeded in working or becoming partners of the Company. One of them is his brother, named Sri Winarti Ibau.

After the death of his father, his older sister took over the management of his father’s plantation. He started to cultivate oil palm. Yudison’s other brothers also work in the palm oil plantation. His name is Yoki Ibau. He works as a crew at PT KED, while another brother, David Ibau, works as a truck driver at PT Subur Abadi Plantation (SAP), a subsidiary of PT Astra Agro Lestari Tbk. The income from these jobs is considered very sufficient to support the family.

Many positive changes took place in the place of his birth. Yudison is one of the witnesses of how Lung Melah Village is developing. The transportation route is getting better.

“Previously, if you wanted to go to Samarinda, you had to take 3-4 days. With road access, now it only takes 6 hours, “he said.

According to him, most of the villagers work in oil palm plantations. Apart from being easier to cultivate, according to Yudison, the presence of oil palm companies and their mill makes it easier for palm oil smallholders to sell their crops from their respective palm oil plantations to the company.

Before there were palm oil companies, he said, it was difficult to get income. “Since there’s palm oil, we just wait for the harvesting. By then, Rp. 3-4 million has been earned every month,” he said.

He also hopes that the area of his birth can continue to develop. “Communities and companies can work together to create positive growth opportunities,” he added. (*)