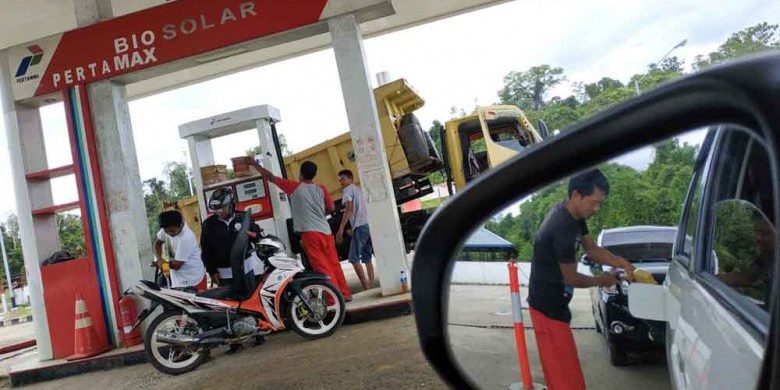 The government has rekindled plans to escalate Indonesia’s biodiesel program after a five-month hiatus caused by weak palm oil prices and the unfolding global health crisis.

The biodiesel program is one of Indonesia’s many strategies to cut oil imports and lower carbon dioxide emissions. The program has been escalated since 2016 starting with the B20 biodiesel, as per Energy and Mineral Resources Ministry Regulation No. 12/2015.

Minister Airlangga first announced the B40 plan in February but kept quiet about it after palm oil prices began tumbling the following months and as Indonesia redirected its resources to tackle COVID-19.

Global palm oil prices reached their lowest this year at 2,000 ringgit (US$476.47) a ton on May 6 but have since recovered to 2,780 ringgit a ton on July 30, according to the global benchmark Bursa Malaysia Derivatives.

The government, led by Minister Airlangga, has also begun reopening the economy, which is expected to boost domestic consumption of palm oil.

Energy and Mineral Resources Ministry renewables director Sutijastoto also said his office was working on a new regulation to accommodate the B40 biofuel, as the existing regulation does not require Indonesia to escalate beyond B30.

“We will push it. But this might come out either this year or next year,” he said on July 28.

The Indonesian Automotive Manufacturers Association (Gaikindo) has yet to voice support for the government’s B40 plan.

“Gaikindo asks to be given time to prepare for the implementation of B40,” association chairman Jongkie Sugiarto told The Jakarta Post on Monday.

Automakers needed time to redesign vehicles to suit the new fuel, he explained. The lower emission fuel is notorious among commercial vehicle associations for damaging engines and requiring higher maintenance.

Meanwhile, Indonesia is still pushing forward with its complaint to the World Trade Organization (WTO) against European Union restrictions on palm oil-based biofuels.

The European Commission concluded in 2019 that palm oil cultivation leads to excessive deforestation and passed a law to phase out its use as transportation fuel between 2023 and 2030.

“We need incentives to make the product competitive,” he said.

The fertilizer maker expects to begin construction in 2020 and finish by the second quarter of 2021. The facility will be built in the Kujang Cikampek Industrial Area in West Java.

“Production is ready so the next step will be the market,” Indonesian Olefin, Aromatic and Plastic Industry Association (Inaplas) secretary general Fajar Budiyono told the Post.