Time for Palm Oil Producers to Go on the Offensive: Diplomat 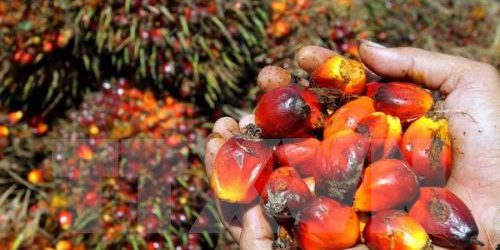 Although proven to be the most effective vegetable oil and the only one with a strict sustainability certification, Palm oil has increasingly been the target of intensive campaigns to revile it and an Indonesian diplomat is calling on producers to now change gear from being merely reactive to proactively engage in counter campaigns.

“This is a long fight. Indonesia needs a clear strategy to conduct a palm oil campaign, we cannot be just reactive, but must be proactive,” Indonesian Ambassador to Germany Arif Havas Oegroseno told a webinar organized by the Indonesian Association of Palm Oil Producers (GAPKI).

Oegroseno, who was previously already intensely involved in promoting and defending palm oil while being plenipotentiary Ambassador of Indonesia to Belgium, Luxemburg and the European Union, said that what palm oil was currently facing was a campaign by a “huge giant, structured.”

Anti-palm oil sentiments are gaining grounds in many non-palm oil producing countries, with the attackers accusing palm oil of being not only behind the massive deforestation in the past decades but also of being unhealthy.

One of the latest such attacks against palm oil was by two regional offices of the World Health Organization (WHO) – for Europe and Eastern Mediterranean – which came with a statement and a flyer that basically recommended people not to consume palm oil if they wanted to maintain a good, healthy condition during the ongoing Covid-19 epidemic. The offending parts of the statement and articles have since been erased following protests from producing countries.

Yusof Basiron, the CEO of the Council of Palm Oil Producing Countries (CPOPC), speaking at the same occasion said that “anti-palm oil elements’ had infiltrated international organizations such as the WHO, FAO and ILO but added that their campaigns against palm oil “have no legal scientific basis at all.”

Basiron also said that the CPOPC had identified “what I call the toxic issues operating either as new regulations as rule or regulations” in the European Union, a region which has been one of the main sources of black campaign against palm oil.

“All these so-called rules, are suggesting that palm oil is not suitable for food or fuel,” he said, adding that the organization is now using agents in the countries where the campaigns are launched to fight back “on their own soil.”

Oegroseno said that the CPOPC could engage in its own campaign but it did not exclude the possibility that palm oil producing countries also conducted their own campaign. What was needed was a synergy, he added.

He said that one of the other challenges faced by Indonesia and other palm oil producing countries was the constraint of budgets. The anti-palm oil camp, on the other hands had ample budgets for their campaign.

He suggested that for Indonesia, the fund gathered from palm oil exports by the Palm oil Plantation Fund Management Agency (BPDPKS) could become a source for the needed funding to counter the bad campaign against palm oil.

In order for the counter campaign to effective, Oegroaseno, besides securing a funding source, Indonesia as the world’s top palm oil producer, also needed a sustainable and structured strategy to battle the long-dragging pressure against the commodity.

Specifically, for Indonesia, Oegroaseno aired the hope that all players in the Indonesian palm oil industry could unite to be able to form a common front to battle the bad campaign.

“I hope that if possible, the internal competition between players in Indonesia can be reduced, so that we can together conduct a structured campaign in the international organizations,” he said.

With adequate funding, the country and also other palm oil producers, could what he called investment campaigns and legal campaigns.

Producer countries, he said, which have or could invest, should invest in countries where the black campaign was fierce, and then lobby the various concerned parties there, including the public.

In legal campaign, the producing countries could single out companies, restaurants or supermarkets that are applying the no palm oil label on their products and bring then to court.

“So, if we want it to be effective, file litigation suit against each industry that is conducting no palm oil campaign. If done systematically, it can be effective,” he said.

He said there was already a precedent, a jurisprudence, with and African producer winning a lawsuit against such a company in France.

GAPKI Head Joko Supriyono said that “Indonesia’s palm oil plantations are allright, their operations are still proceeding as normal… but it is true that the market is now challenging.” He added that palm oil was now being attacked from all corners and what palm oil producers should unite to fight back.

“We need to be building block. we have never done that,” he said.

He pointed out that palm oil was now finding difficulties to seek buyers, but also was increasingly facing difficulties finding credits, especially with European and US banks who all now subscribed to what they called “sustainable banking,” that would not lend money to what they saw as unsustainable businesses. This, he added was slowly spreading to banks in other countries, Japan included.