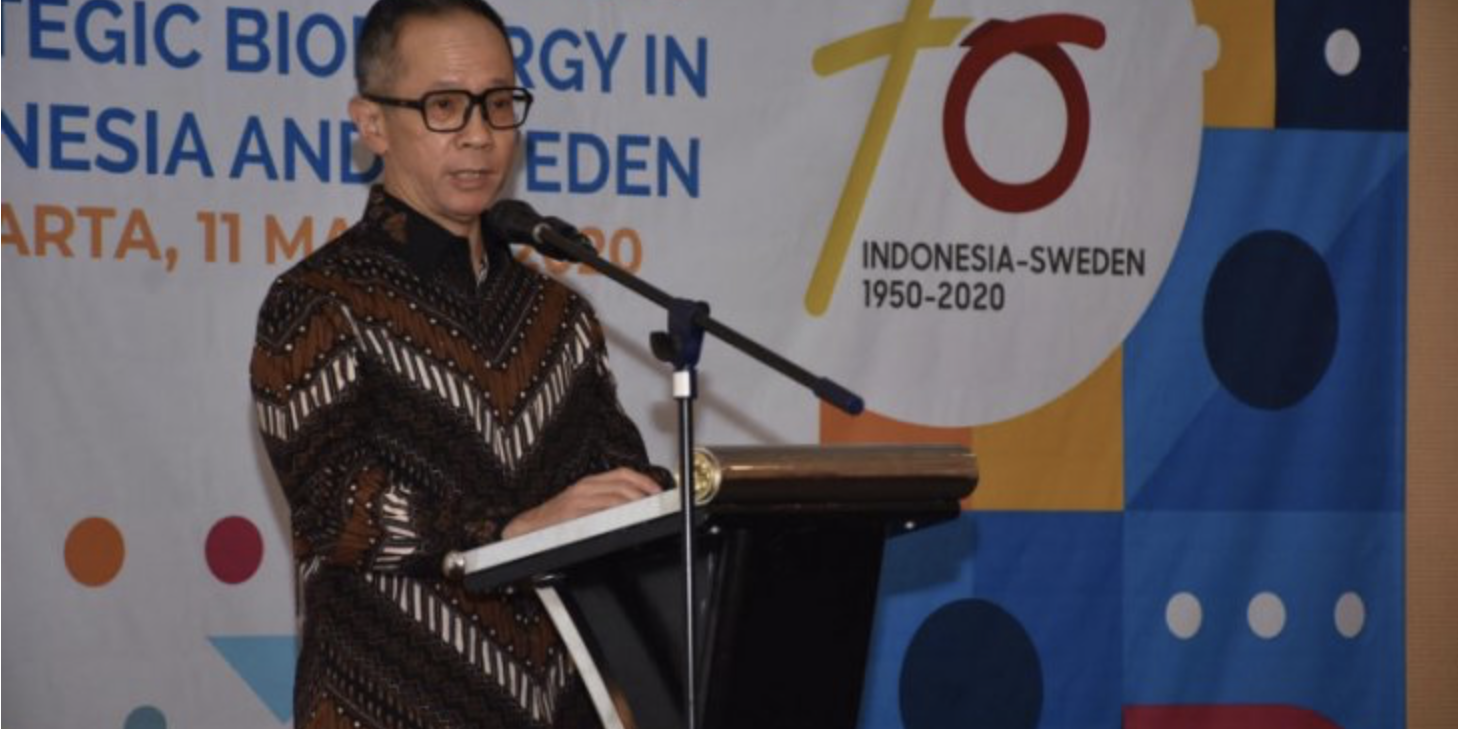 Jakarta (ANTARA) – Deputy Foreign Minister Mahendra Siregar stressed that Indonesia could not accept the European Union (EU) energy policy which blamed biofuel from palm oil as a cause of deforestation, describing it as discriminatory.

Mahendra considered the Renewable Energy Directive (RED II) and the Derivative Act released by the EU as a major challenge that would prevent the development of more productive and constructive relations between Indonesia and the EU.

“While the focus of the EU renewable energy policy is only limited to deforestation, in fact the environmental damage caused by vegetable oil in Europe goes further than that,” Mahendra said, when opening the “Policy Dialogue on Strategic Bioenergy between Indonesia and Sweden” in Jakarta on Wednesday.

Citing the results of research published by Dr. Erich E Dumelin from the University of California, USA, the Deputy Minister of Foreign Affairs said that the productivity of palm oil is some 4 to 9 times greater than other vegetable oils.

The results of the study, published under the title Life Cycle Assessment of Palm Oil and Vegetable Oils, and the Environmental Impact of Palm Oil and Other Vegetable Oils (2009), also showed that palm oil only needs 0.01 kilograms of pesticides to produce 1 ton of oil, while to produce 1 ton of rapeseed oil requires the use of 35 kilograms of pesticides.

Referring to the research, Deputy Minister Mahendra emphasized the importance of using the correct perspective when talking about bioenergy or sustainable products, by looking at all parameters in the Sustainable Development Goals (SDGs).

Indonesia, he said, did not arbitrarily choose one or two parameters of the SDGs to disguise the real destruction that had occurred.

On the contrary, Indonesia considers that the EU’s renewable energy policy is only based on one or two targets, which is not appropriate because it does not use comprehensive and objective parameters which are internationally recognized.

“Indonesia will only accept fair treatment on this issue, because the development of vegetable oil must actually meet all SDG parameters. Apart from that, it cannot be accepted because it is discriminatory, ” said Mahendra.