Netherlands not in favor of ban on Indonesian palm oil 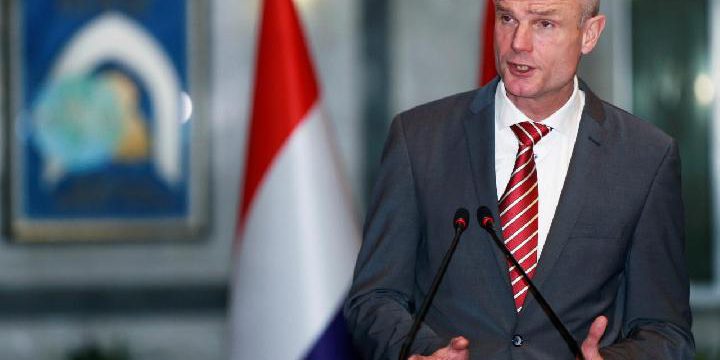 Dutch King Willem-Alexander and Queen Máxima are to visit Indonesia from March 10 to 13 at the invitation of President Joko “Jokowi” Widodo. In the lead-up to the state visit, the Dutch Foreign Ministry recently invited The Jakarta Post’s Yuliasri Perdani and several other Indonesian journalists to the Netherlands to talk with Dutch Foreign Affairs Minister Stef Blok about the two countries’ relations and future cooperation. The following are excerpts from the interview:

Question: Starting this year, the Netherlands has stopped sending development aid to several countries, including Indonesia. What is your hope for this new chapter of bilateral relationship?

Answer: I am very positive about it. Essentially, that is good news because Indonesia has become a middle income country, and this doesn’t mean we will cooperate less. A large number of Indonesian students come to the Netherlands each year. Within Europe, we receive most Indonesian students — which makes me very happy because it is one of the strongest people-to-people bonds imaginable.

For a long time, Indonesia and the Netherlands have been cooperating on the possibility of coastal protection in front of Jakarta and also on providing drinking water and treating waste.

Here in the Netherlands we are crowded with more than 17 million people on a very tiny piece of land — most of it beneath sea level. The experience we have here can be shared with Indonesia.

Indonesia and the European Union are in negotiations on the Indonesia-European Comprehensive Economic Partnership Agreement (IEU-CEPA). What do you think of this expected partnership?

I think it will be very beneficial both to Indonesia and the Netherlands if there is a trade agreement between the EU and Indonesia.

Indonesia has a strong presence as an exporting country here in the Netherlands. I believe we are the eleventh country of destination for Indonesian goods. And we are number 66 in the world according to population size — meaning we have strong trading relations. The Netherlands is also the largest European investor in Indonesia.

The trade agreement can only help us. As an EU member, trade agreements on behalf of the Netherlands are always negotiated by the EU. I understand that there will be new rounds of talks in March, and I sincerely hope that it will be successful.

What sectors will be prioritized in the agreement?

I prefer agreements to be as broad as possible. Agreements like this have to be beneficial to all parties involved — European countries and Indonesia.

There have been friction between Indonesia and the EU over Indonesia’s curbs on exporting nickel and other raw materials and the EU’s palm oil policy, which Indonesia has deemed discriminatory to its palm oil sector. Do you have any suggestions on how to resolve this dispute?

When I visited Indonesia much more than a year ago, we spoke extensively about palm oil. And I realize that a large number of Indonesian companies — especially small holders — are very much dependent on palm oil. So the Netherlands is not in favor of a ban on the import of palm oil.

Consumers in Europe — also in the United States and Canada — want the products they buy to be produced in a sustainable way.

The Indonesian government is in the process of moving the capital from Jakarta to Kalimantan.How do the Netherlands see it in terms of business and investment opportunities?

Creating a whole new city offers the possibility of creating a completely sustainable city. In the Netherlands, we put a lot of effort to create what people call a smart city — that means not only making the city sustainable but also integrating information technology (IT), for instance, to handle traffic congestion. Of course, it will be worthwhile to avoid this in the new capital.

The other sectors include water treatment and implementing renewable energy. These are challenges both for universities to contribute their knowledge and for the private sector. The new capital, no doubt, will be an interesting subject for the representatives of Dutch companies who will be joining the state visit to Indonesia.

King Willem-Alexander will visit several places in Indonesia with one of them being Lake Toba in North Sumatra. Is there any particular reason for choosing Lake Toba?

First of all, Lake Toba is very beautiful. But the region is also connected to the subject we spoke about. There is the question of deforestation and sustainability because of intensive agriculture around Lake Toba and the water is getting polluted more and more. And there again we face a very comparable challenge. The Netherlands has a very productive and intensive agricultural sector. But if the farmers don’t treat wastewater in the way they should, our famous canals and rivers will get polluted.