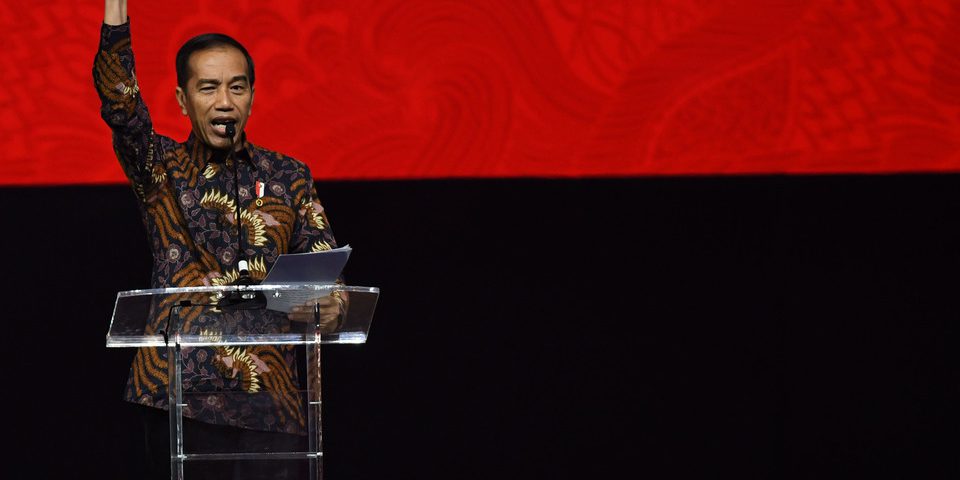 “Indonesia has 13 million hectares of oil palm plantations that produce 46 million tons [of crude palm oil, or CPO] per year. The EU has been saying that Indonesian palm oil is not environmentally friendly. This is essentially trade war, because Indonesian palm oil can be cheaper than their sunflower oil,” the president said.

The tweet echoed Jokowi’s comment at the opening of the Indonesian Democratic Party of Struggle’s (PDI-P) 47th anniversary party in Jakarta on Friday.

Indonesia – the world’s top palm oil producer along with Malaysia – sent a joint letter in April last year to protest the “discriminative” act and warned the EU of retaliation.

In his speech on Friday, Jokowi said it was important for Indonesia to transform its economy by increasing export and reducing import, stressing the point that even though the country had kept growth at above 5 percent in the past five years, its current account is still in deficit.

“We can’t keep exporting crude palm oil, we have to process it first into at least a half-finished product,” he said.

For that purpose, Indonesia has been converting crude palm oil into biofuel since the EU issued its restrictions.

The government has been promoting B30, a mix of 30 percent palm-oil based biofuel and diesel, to replace regular diesel since last year.

“Converting our CPO into B30 will save the country around Rp 110 trillion [$8 billion] per year. Once we have the B50… we could save more than Rp200 trillion,” Jokowi said.

The president said the move to biodiesel would help Indonesia reduce its reliance on fossil fuel.

The policy to increase export and reduce import will not only be applied on CPO but also on other commodities.

For example, the government now requires all of its mineral resources, including nickel, to be processed in domestic smelters, and ore export is now banned.

In a role reversal, the EU said it would file a complaint to the World Trade Organization (WTO) against Indonesia for banning nickel ore export.

Jokowi has already said Indonesia would be ready to face the EU at the WTO.

Indonesia plans to use its nickel to produce lithium battery for electric cars.