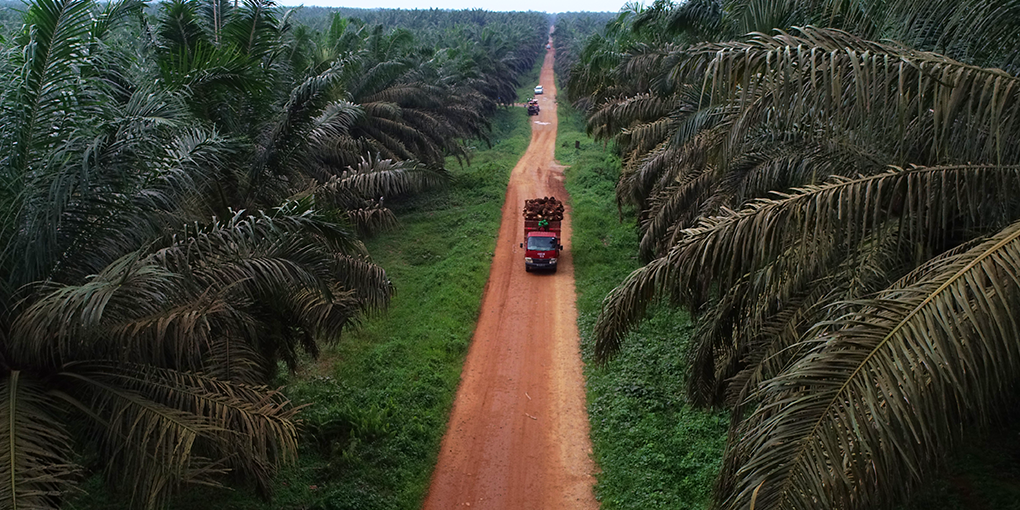 Jakarta Palm oil has become one of the main engines of Indonesia’s economy. It directly and indirectly provides a livelihood for more than 16 million people. On top of that, palm oil is the second-biggest contributor to Indonesian exports, losing only to coal.

Palm oil , contributed more than 9 percent to Indonesia”s total export value in 2018, lower than its contribution in 2017 of 11 percent The main reason for the declining export value is the lower crude palm oil (CPO) price in 2018 compared to 2017. Low CPO prices have continued in 2019.

However, Indonesia”s CPO export volume in the January-September period grew 1.9 percent yoy, a reversal from the 1.9 percent contraction in the same period last year. This figure indicates that the demand for CPO remains strong in 2019, especially from China.

Indonesian palm oil faces serious challenges from its main importers, such as India and the European Union. India has been reducing its dependency on the commodity and is shifting to local vegetable oils, such as rapeseed oil. The situation worsened for Indonesian palm oil when India imposed a lower import tariff for Malaysian refined CPO, Indonesia”s main competitor, until September 2019.

On the other hand, the EU”s stance that Indonesian CPO is not environmentally friendly also threatens demand for the commodity from several countries. However, Trademap data show that the EU”s CPO import volume grew 8.2 percent yoy in this year”s first seven months despite all its smear campaign.

Fortunately, the CPO price has risen significantly in the last few weeks. Bloomberg data shows that the reference CPO price in Malaysia rallied and reached US$633 per ton in Nov. 22, the highest price since June 2018.

There are several factors that have pushed the CPO price over the roof. First, Indonesia”s mandatory 30 percent blended biodiesel (B30) policy, which was officially announced and tried at the end of October, has triggered a supply concern for 2020. A second factor is the decrease in United States-China trade tensions in early November, as the world”s two largest economies reached “phase one” of a trade agreement.

The CPO price sat an average of $507 per ton in November, still lower than the $572 per ton recorded in the same period last year. We are maintaining our forecast of an average CPO price in 2019 of $510 per ton. But what about 2020?

First of all, the CPO supply will likely decrease in 2020 due to lower production. A lower CPO price throughout 2019 will likely force farmers to reduce their fertilization routines, especially in plantations owned by smallholder farmers whose productivity is not good enough compared to those owned by private companies.

The lack of fertilizer will reduce production in the upcoming year. This condition is worsening as a mild El-Nino engulfs most parts of Indonesia. Looking back, the El-Nino in 2015 caused Indonesia”s palm oil production to stagnate in 2016 despite an increase in the total plantation area that year.

There will be a small to zero increase in total plantation area this year because of the plantation moratorium imposed by the government. Therefore, the El-Nino will likely adversely affect next year”s production.

Second, the demand for palm oil for food production will remain strong as the population grows. Replacing CPO as a con sumer good ingredient would be a challenge, as the commodity has a wide range of derivatives used in various products, such as toothpaste, soap, shampoo, cooking oil, jam, creamer, detergent, chocolate, cheese and ice cream.

Third, the demand for CPO for biodiesel will surely increase as Indonesia, Malaysia and Thailand are increasing their national blends of diesel and fatty acid methyl ester (FAME) to make biodiesel. For instance, Indonesia will increase its mandatory biodiesel policy from B20 to B30 in January 2020. The policy is expected to see an additional 3.3 million tons of CPO absorbed domestically to produce 9.6 million kiloliters of FAME by 2020. The additional amount needed is nearly 86 percent of Indonesia”s total CPO ending inventory in August 2019.

Similarly, Malaysia is also planning to increase its biodiesel blend from BIO to B20 for the transportation sector and B7 to BIO for the industrial sector in 2020. The obligation is expected to absorb more than 1.3 million tons of CPO domestically or more than half of Malaysia”s ending stock in October 2019.

In other words, if the CPO supply is limited due to poor fertilization and extreme weather, the biodiesel implementation will further limit the palm oil supply from both Indonesia and Malaysia.

Lastly, the risk factor for the CPO sector comes from the uncertainty caused by the US-China trade war, which will continue in 2020. The end is still nowhere in sight. US President Donald Trump is currently facing impeachment by the House of Representatives while trade tensions are still high.

Moreover, the US will hold a presidential election in November 2020, but the competitors from the opposing party are less likely to win over Trump. The trade war is affecting US soybean and soybean oil demand from China. Consequently, soybean prices will drop, followed by CPO as its substitution.

Based on the aforementioned assumptions, we predict that the CPO price will recover in 2020. However, the price increase will likely be limited because of the persisting risks.

The Bloomberg consensus in November 2019 forecast the median palm oil price in 2020 to be $530 per ton. This is in line with our average price forecast of between $540 and $600 per ton in 2020, higher than the average CPO price forecast for 2019. A higher CPO price will surely benefit Indonesia as the biggest producer and consumer in coming years.