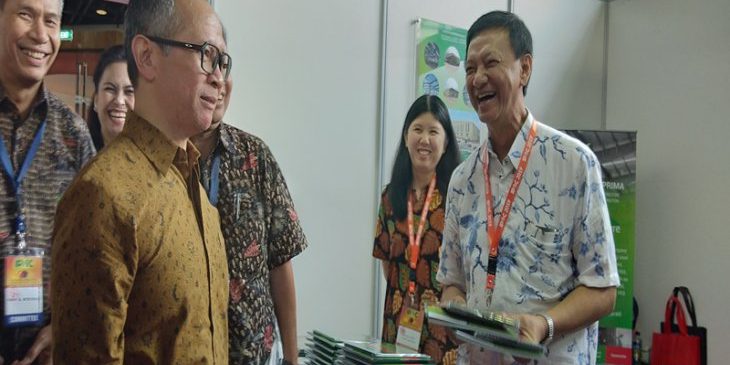 “The figure for vegetable oil demand increases from year to year, so the government shall have to think of how the palm business can be conducted along with the development programme for our people.”

“The requirement for vegetable oil increases from year to year, so the government shall have to think of how the palm business can be conducted along with the development programme for our people,” Siregar noted.

Siregar highlighted that countries worldwide are currently concerned about maximizing the use of renewable energy resources since the resulting palm oil production failed to fill the gap of consumer requirement of the product.

Another cause for concern is the limited land area plantations for which palm oil plantations become a prudent choice since they do not need a spacious area.

“Other vegetables might need three to five times the area space as compared to that required for a palm tree to yield the similar resultant number. I am immensely grateful that Indonesia owns land for palm oil plantations,” Siregar added.

Siregar pointed out that since the non-traditional market of South Asian countries, such as India and Pakistan, are the large potential market for Indonesia’s palm oil, the government will encourage deepening relations on cooperation and partnership with those countries.

“It has to be explained that Indonesia is the world’s current biggest palm oil market, with an annual demand of 13 million tons, followed by India, with 10 million tons per year,” he stated.

Based on the figures, Indonesia is likely to have to meet the domestic demand first before preparing for exports.

“In the next five to 10 years, 50 percent of the palm oil products will be for domestic consumption, while the rest will be exported. This is considered as one of the strategies to strengthen the nation’s economy,” Siregar, also the former deputy minister of trade, stated.