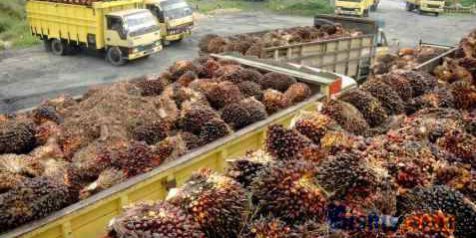 In addition to its exceptional productivity, oil palms also demand much less work than other oilseed crops. Palm oil is thus the cheapest oil to produce by far.

The latest report of the Food and Agriculture Organization (FAO) on palm oil states that vegetable oil exports, which contribute 41 percent to global vegetable oil production, will continue to be dominated by a handful of players.

Indonesia and Malaysia will continue to account for almost two-thirds of all vegetable oil exports in the coming decade.

If the growth of palm oil continues unabated, the commodity will dominate the seed and vegetable oil market for both food products and biofuels. Its superlatives have made palm oil a common foe among other crop producers that fear direct threats to their existence.

These produces have inevitably sought and resorted to market-driven protectionism and other means of protection.

The industry has created enemies through fear, jealousy and insecurity. The anti-palm oil campaign led by NGOs has snowballed into a movement that involves the market, and governments of the other oilseed crop-producing countries, notably those in the European Union.

The proponents of anti-palm oil have adopted a three-pronged measure to contain the growth of palm oil growth through a systematic effort to marginalize the commodity.

The first was the introduction of “soft protectionism” by imposing exclusive sustainability standards for palm oil. But these sustainability standards and principles have steadily increased and toughened so they have often been suspected of subterfuge in order to protect oilseed crops such as soybean, rapeseed and other seeds that are less competitive and grown widely in temperate countries.

Second was a negative information and distortion campaign intended to discredit palm oil and to persuade consumers to shun or even boycott palm oil. The anti-palm oil campaign has become strong, most notably in the EU, which has effectively halted growth of the palm oil market in Europe, despite the lack of scientific data.

Finally, the third effort involved restricting market access for palm oil by introducing trade barriers — nontariff as well as tariff barriers. Vegetable oil crops have weighed heavily on the trade policies of many countries that seek to protect their own production market.

These systematic campaigns and protectionist measures have turned palm oil into one of the most unfavorable commodities for investment. Investors tend to shun the upstream sector (oil palm plantations) and focus only on the downstream palm oil industry.

This is a classic example of how a highly competitive commodity has become a victim of its own cutthroat competition. Oil palm plantations have been complacent and assured by the competitiveness of their commodity, that they have simply ignored the fact that market competitiveness and technical superiority do not always guarantee good market response.

Being the most competitive and profitable commodity with the highest productivity has triggered a backlash against palm oil and drawn multifaceted attacks from all sides. Palm oil has become a notorious commodity despised by consumers and NGOs in many developed countries.

Unfortunately, palm oil-producing countries have so far been reactive rather than proactive in coping with the negative international campaign.

It is now high time for the palm oil industry and the governments of major palm oil producers — notably Indonesia, Malaysia and Thailand, which account for almost 90 percent the global output — to address the negative campaign and seek all possible means of turning the tide. In order to maintain competitiveness, palm oil producers must recognize the need for fair competition and a level playing field to coexist with other oilseed crops.

The out-of-the-box approach dubbed coopetition — a term coined from cooperation and competition — should be adopted to tackle the negative campaign. The coopetition approach encourages all palm oil stakeholders from growers to downstream businesses and traders to cooperate while simultaneously competing against other seed oil products.

Coopetition should be institutionalized as a partnership forum toward sustainable production and fair trade for seed oils that is based on a new equilibrium and fair competition for all vegetable oil crops, including oil palm, soybean, rapeseed, canola, corn and sunflower.

The forum should involve all oilseed producers, and it would be better and more effective if it involved highly reputable oilseed growers and their value chains as well as credible NGOs to work together to toward a mutually accountable, fair and equitable trade platform for all oilseed crops. NGOs and all players in the vegetable oil value chain will be able to bring together all producers by influencing consumers and using their political clout to influence policymakers.

The question is whether these NGOs and value chain players are interested in setting a new sustainable production standard and equitable trade platform for all oilseed crops.

We must build a strong case and convince all relevant parties on the importance of establishing a new partnership forum.

There are strong arguments for developing a globally recognized sustainable production standard and fair trade platform for oilseed crops, particularly regarding environmental and social impacts.

A broader, all-inclusive oilseed sustainability standard will have a far greater global impact on environmental protection than focusing merely on palm oil as a single product.

Further, a fair trade platform for all oilseed crops will significantly enhance social justice and the efforts to achieve the sustainable development goals.