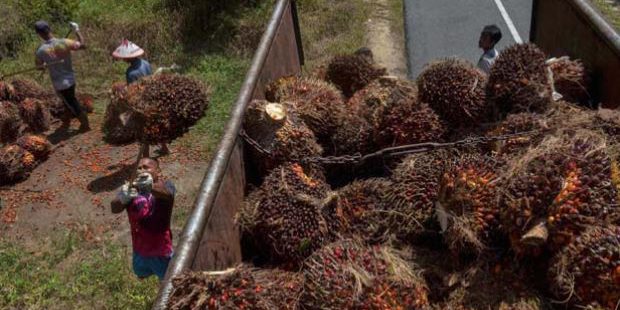 Jakarta. Indonesia’s crude palm oil production rose by 14 percent to 34.7 million metric tons in the first eight months of 2019, from the same period last year, while exports of the commodity increased by 3.8 percent to 22.7 million tons, according to data provided by an industry group.

Domestic consumption of palm oil soared 44 percent to 11.7 million tons, due to strong demand for biodiesel. The government’s B-20 policy makes it mandatory for diesel fuel used in transportation to contain at least 20 percent biodiesel. The biodiesel content requirement will be increased to 30 percent in January.

China remains the biggest export destination, at 150,000 tons during this period, while crude palm oil exports to the United States amounted to 90,000 tons.

The national crude palm oil stock increased by 100,000 tons to 3.8 million tons from July to August.

The average crude palm oil price in Rotterdam stood at $541 per ton in August – the highest since February – while the Indonesian Palm Oil Association (Gapki) expects it to increase further.

Crude palm oil production meanwhile increased by 8.7 percent in August from the previous month, but biodiesel exports fell to 162,000 tons from 187,000 tons in July.

“Gapki company members collaborate with more than 527 villages surrounding their operational areas in preventive and countermeasure programs against forest fires. We have had the fire-ready village program since 2015 and it is still continuing until now,” Mukti said.

He said all Gapki members were equipped with infrastructure to counter forest fires, such as control towers, drones, fire extinguishers and trained personnel.