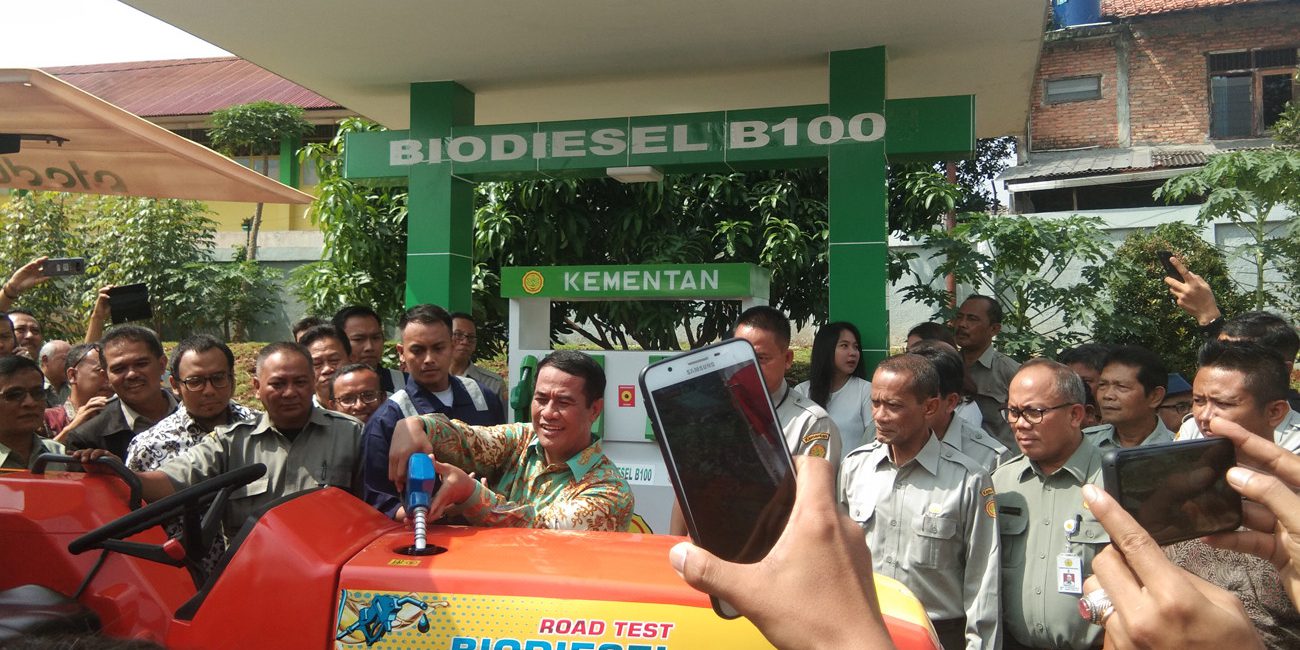 THE JAKARTA POST/JAKARTA Stakeholders comprising private and state institutions will kick off a maiden road test for vehicles using diesel fuel containing 30 percent palm oil-based biofuel, known as B30 biofuel, at the end of this month.

The road test, which will involve carmakers such as Nissan, Toyota, Isuzu and Mitsubishi, is part of the government”s efforts to increase the blending rate of B20 biofuel currently being sold by state-owned oil and gas company Pertamina to 30 percent by 2020.

According to Biofuel Producers Association (APROBI) executive Paulus Tjakrawan, the association of Indonesian Automotive Manufacturers (Gaikindo) has provided at least 10 diesel vehicles from different brands to take part in the trial.

“There will be Nissan, Toyota, Isuzu and Mitsubishi vehicles traveling about 500 kilometers from Lembang in Bandung [West Java] to Guci in Tegal [Central Java], Each vehicle needs to complete a 40,000 km journey,” he said in a press conference about the B30 update on Thursday.

The route was chosen for its hilly terrain and the cold temperatures of Lembang.

Prior to the road test, Paulus said the related agencies had already started their machine preparation tests, called overhaul, which included a cleaning of the engines and taking photos of engine parts that would be used a “before-and-after comparison”.

The test, however, does not include a train test, but Paulus said the results for cars and trucks could also be used to ascertain whether the fuel can be used by trains.

Separately, Energy and Mineral Resources Ministry bioenergy director Andriah Feby Misna told The Jakarta Post that the series of tests was expected to be completed in October. “After we evaluate the test, we will provide a recommendation on whether B30 can be used or not. If the results are good, then we will apply for an Indonesia National Standard [SNI] certification,” she said, adding that if everything went as planned, the B30 policy could be implemented in January.

APROBI estimated that once the policy is in place, Indonesia”s consumption of biodiesel will increase by about 60 percent from the 2019 consumption target of 6.12 million kiloliters.

The association remains upbeat about the growth in the domestic market and believes that the current biofuel production capacity of 12 million kl a year will soon increase.

“Two existing biofuel producers have already planned to increase their production by 300,000 kl and the same production is also expected from a new producer,” Paulus said.

Besides pinning its hope on the 30 percent biodiesel policy, APROBI also expects additional demand from power plants as the government had ordered state electricity firm PLN to use palm oil-based biodiesel for its diesel power plants.

APROBI chairman MP Tumanggor said PLN could require 3 million kl annually. To date, the firm has yet to use any palm oil-based biofuel due to a disagreement about crude palm oil (CPO) prices between the two parties.

“We are still in talks

APROBI vice chairman Harry Hanawi further added that PLN had upgraded most of its diesel-fueled power plants so that it could use CPO-based biofuel. They can only use 600,000 kl of biofuel a year without any conversion. Last year, Energy and Mineral Resources Minister Ignasius Jonan said PLN”s diesel-fueled power plants must soon be converted into fuel-based plants in order to reduce the firm”s dependency on fluctuating oil prices.