Palm oil being used as an ecopolitical pawn 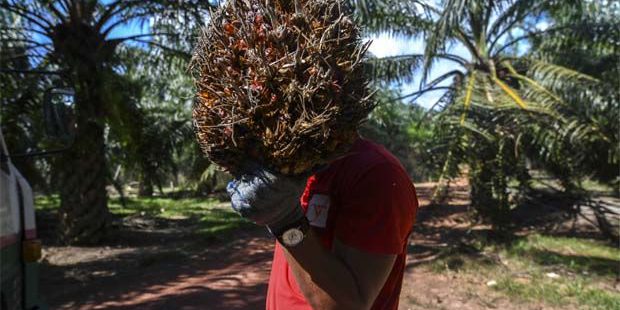 DEFORESTATION, loss of bio-diversity, emission of greenhouse gases and global climate change have become the buzz words used by NGOs and other influential parties with self-interest to convince consumers to abandon the use of palm oil and turn instead to alternative vegetable oils such as sunflower, soybean and rapeseed, and thereby save the world from environmental disaster.

Here are some simple facts.

Malaysia’s stand on the conservation and maintenance of our environment and natural habitat can be evidenced by our commitment to the 1992 UN Rio de Janeiro Earth Summit pledge to preserve at least 50% of our forests. To date, approximately 54.8% of our land mass enjoys forest cover.

The Malaysian palm oil industry is supervised and regulated by over 60 laws and regulations, including the Land Acquisition Act 1960, the National Land Code 1965, and the Land Conservation Act 1960.

Against this backdrop, there are glaring environmental and economic implications of substituting the use of palm oil with alternative vegetable oils to meet growing global demand.

On a hectare basis, rapeseed only produces 1,200 litres of vegetable oil per annum while sunflower trails at around 950 litres and soybean barely musters up half that at below 500 litres. In the case of soybean, this would translate to a requirement of almost 8ha of land to produce the same amount of vegetable oil as 1ha of palm oil.

By extrapolating historical data, 73 million additional hectares of oil crops would be added globally between 2013 and 2026. Of this, 42 million would be for soybean, 21 million for rapeseed, 13 million for palm oil and four million for sunflower oil.

If the current quantum of palm oil consumed globally were to be substituted with soybean oil in its entirety, some 140 million additional hectares of soybeans would be needed, implying total world soybean area of 257 million hectares by 2025, from 117 million hectares in 2014, according to the High Carbon Stock Science Study in a report dated 2015.

On aggregate, if alternative oilseed crops were used to replace oil palm, it would require at least 50 million additional hectares of prime farmland just to produce the same amount of edible oil.

Another glaring factor that has been conveniently ignored is that the suggested alternative vegetable oil crops are highly susceptible to climate change and can easily be wiped out, unlike oil palm. Without a doubt, it is the cheaper vegetable oil to extract and is used almost ubiquitously in both food products and a vast array of nonedible consumer products. Logically, it would be more prudent to depend on crops that demonstrate higher resistance to climatic changes.

Global production of palm oil has always been dominated by Indonesia and Malaysia, accounting for 95% of the world’s supply. Consumption is driven by emerging economies, such as India, Indonesia and China, where population growth and rising living standards are key factors driving demand. European consumption, on the other hand, only accounts for 14% of global palm oil use, yet there are demands being imposed on the growth, production and promotion of this essential vegetable oil by various NGOs and governments who are not even within the Asean footprint.

Discriminating against palm oil is not only harmful at the macroeconomic level but also to the development and well-being of small farmers. This is of particular significance when taking into consideration that almost 40% of global palm oil supply is provided by smallholders in developing nations.

Oil palm cultivation has provided a lifeline to many rural people by alleviating this sub-segment out of poverty and creating opportunities for support industries to develop and thereby provide employment opportunities. Examples of development of rural economies in producer countries are abundant across the globe.

In fact, Malaysia boasts “one of the most successful land settlement organisations in the world” attributed to oil palm. The scheme put in place in 1956 successfully settled 122,000 families between 1959 and 1990, developing about 470,000ha. Over five decades, the scheme succeeded in raising smallholder household incomes considerably above the national poverty line.

Indonesia too has put in place corporate-led development schemes of smallholders that have resulted in a positive divergence in the incomes of smallholder oil palm farmers compared with farmers with similarly-sized rice and rubber holdings.

Spillover benefits and employment opportunities have also emerged where alternative sources of income have been identified and are being capitalised on, resulting in a multiplier effects for other sectors of the economies of developing nations.

To the antagonists, the economics clearly favour palm oil from both productivity and cost perspectives, and this should be reflected by natural market forces. Adopting a protectionist stance and imposing either tariff or non-tariff barriers to suppress market forces in favour of alternative vegetable oils due to self-interest will only result in negative effects on economic growth and the welfare of palm oil-producing countries and the entire supply chain, while introducing an undesirable general increase in input costs for a host of products and services globally. TISSA PERERA, Chairman, Agrinexus Internationalhttps://www.thestar.com.my/opinion/letters/2019/03/18/palm-oil-being-used-as-an-ecopolitical-pawn/