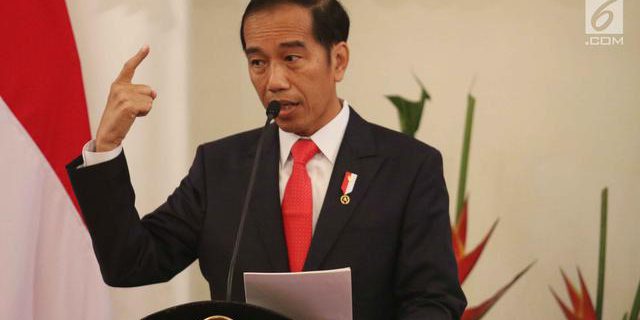 Indonesian President Joko “Jokowi” Widodo and Malaysian Prime Minister Mahathir Mohamad have objected to the European Union’s plan to reduce the use of palm oil in biofuel to zero by sending an official joint letter to the bloc.

“Yesterday [Sunday], the President signed the letter containing our objections to the plan to ban palm oil products. The letter was written by both leaders,” Coordinating Maritime Affairs Minister Luhut Pandjaitan said on Monday as quoted by Antara.

He said Indonesia and Malaysia sent the letter because, as countries that were among the world’s biggest palm oil exporters, they would be affected by the EU’s plan to phase out crude palm oil from the sources of biofuel by 2030.

Luhut, however, stopped short of revealing any details of the letter.

“The EU’s plan will affect the lives of around 20 million farmers, both directly and indirectly. Therefore, we took some action against it,” the minister said.

Luhut and Coordinating Economic Minister Darmin Nasution expressed objection in late March to the European Commission’s proposal on criteria for determining crops that are deemed “harmful” to the environment, which resulted in palm oil-based fuels being the only commodity dropped from the EU’s list of renewable energy.

At that time, Darmin called the plan “unfair and discriminatory” because palm oil was singled out as the only biofuel feedstock that would be barred from a list of alternatives, including soybean and sugar.

The EU accounted for about 15 percent of Indonesia’s 2018 palm oil exports, valued at around US$19 billion, according to Indonesian Palm Oil Association data.

Environmental NGOs have criticized the practices of palm oil industry players, saying that they damage forests. On Monday, Luhut called on the NGOs to “revive their nationalism” because 20 million small farmers depended on the industry. (kuk/evi)