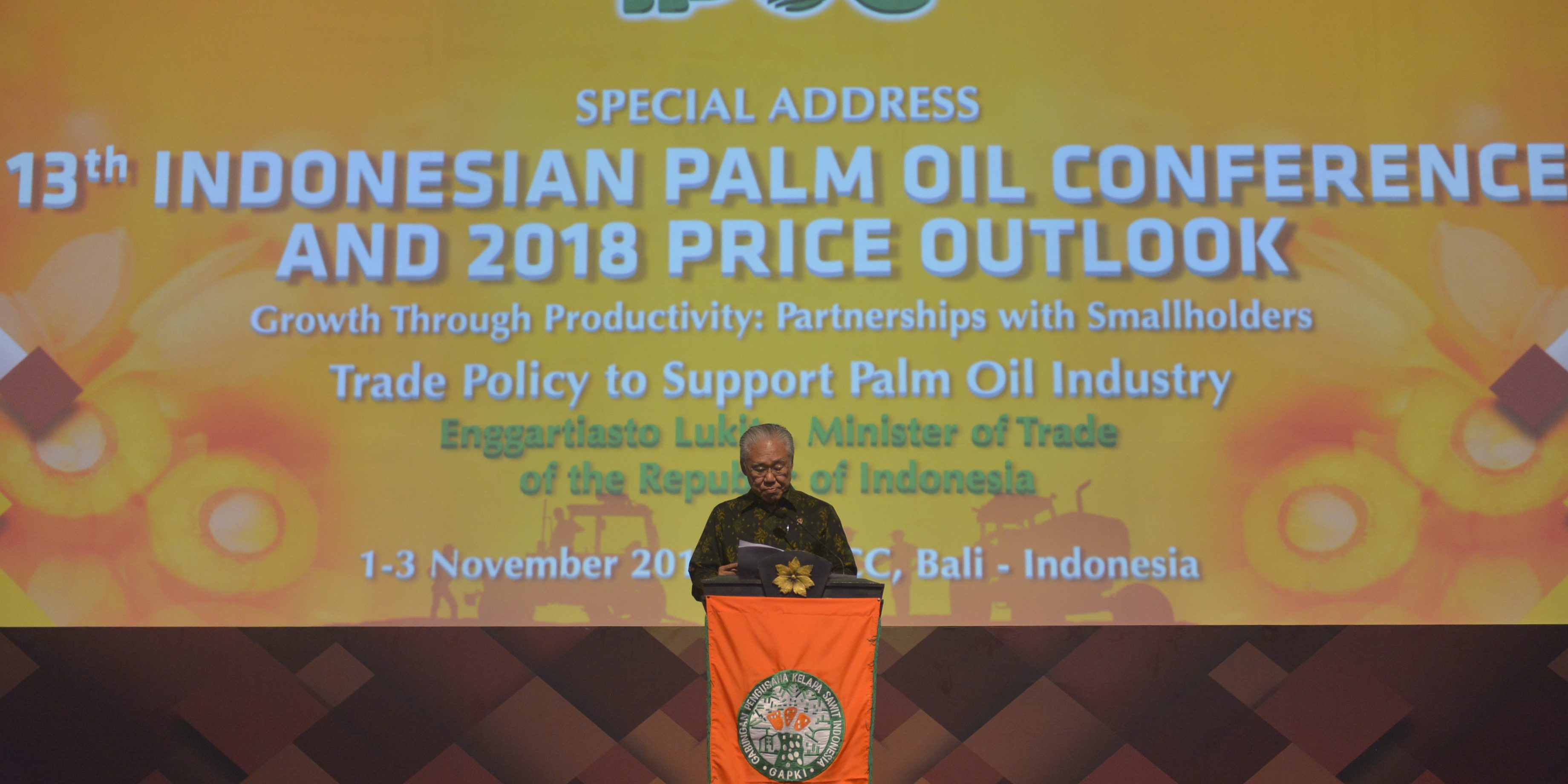 “The European Union (EU) has always denied that it (the negative campaign) is a trade war. We will be proactive in handling this issue. We will face a trade war,” the minister remarked.

According to Lukita, Indonesia will not be restrained by several requirements set by the EU on Indonesian palm oil entering its market.

However, the government views the requirement as a discriminative act solely imposed on palm oil products and not for other vegetable oil products.

On the contrary, palm oil plantations have used less land and are more environmentally friendly as compared to other vegetable oils, such as sunflower seed and rape seed cultivated in Europe.

He said accusations of palm oil having a negative impact on health are not corroborated by scientific evidence.

Accusations of palm oil plantations employing under-age workers, ignoring the farmers welfare, and triggering forest fires have yet to be proven, and the palm oil industry has, in fact, adhered to the regulations.

“Such persistent accusations targeting the palm oil industry have become part of the trade war and competition,” the minister pointed out.

He called on all stakeholders in the countrys palm oil industry to jointly tackle such negative campaign against the commodity.

“We have to be offensive and not defensive against them,” he suggested.

Speaking in connection with the governments concrete measures to counter the EU attack on the national palm oil industry, Lukita said, the government is ready to stop the imports of milk powder from the regions, which he said, had hindered the domestic production of dairy cows.

“We have to protect the domestic dairy producers. We will do it (stop milk powder import),” he reiterated.

In addition, he noted that Indonesia could halt palm oil exports to the EU for a month, and this will affect their daily life, especially during winter.

The minister stressed that Indonesia will be ready to expand its footprint in new markets.

The 13th IPOC, inaugurated by Coordinating Minister for Economic Affairs Darmin Nasution, is being attended by 1,500 participants from 23 countries.

The conference themed “Growth Through Productivity: Partnership with Smallholders” is being held on Nov 1-4.