Why the EU’s double standards on peatlands endanger our planet 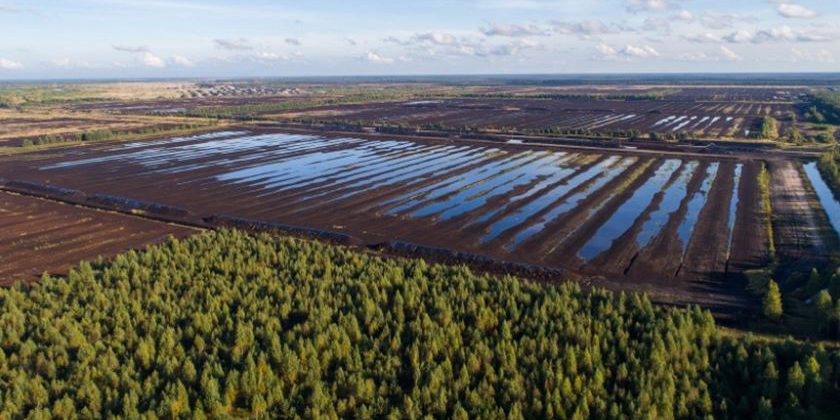 The first lesson of climate change teaches us is that we are all on the same boat: planet Earth. Therefore, when the EU acts on climate change we must remember that our fates are interconnected. It is a problem; however, if that action is selective and applied outside EU boundaries while overlooking practice within.

I speak of the EU’s double standards on peatlands, treating itself one way and the Global South another. Inconsistency like this undermines the global cooperation that is critical to successfully stopping carbon emissions and the risks of dangerous climate change. Inequality of treatment is very bad for the planet.

Ecologically sustainable communities should be designed in such a manner that their ways of life, businesses, economies, physical structures, and technologies cooperate with nature’s inherent ability to sustain life.

The EU’s stated concern regarding forests is, quite rightly, to protect tropical forests and especially peat forests. The latter are swampy forests whose water retention prevents biological materials from decomposing, thereby causing organic matter -importantly, carbon -to build up.

Over half the world’s tropical peat forest is located in Southeast Asia, with Indonesia and then Malaysia home to the largest of these valuable and vulnerable ecosystems

“This is a problem because peatlands store some one third of the world’s total soil carbon, more than all the world’s forests combined”

Because organic matter does not naturally decompose in tropical peat forests, these peat soils become a vast repository of carbon with potentially significant climactic consequences.

Earlier this summer, for example, the US Department of Energy’s Oak Ridge National Laboratory found that ongoing warming of the planet renders peatlands more dangerous: slow but persistent increases in temperature cause peatland forests to release their carbon into the atmosphere.

Therefore, while ordinarily forests trap carbon, peatlands can end up emitting carbon back into the atmosphere. This is a problem because peatlands store some one third of the world’s total soil carbon, more than all the world’s forests combined.

The danger of an amplifying feedback loop is apparent: the consequence could be the planet tipping past the 1.5-degree Celsius boundary limit established by the Paris Agreement.

The result would be a planet no longer safe for human life and catastrophic consequences for future generations.

Unfortunately, the EU’s entire approach is curiously one-sided and counterproductive.

Given how pivotal peatland is to climate change, it is strange that the EU seems so concerned by threats to peat forests abroad, while staying silent about peatlands within its own territory.

In fact, Europe has some of the world’s largest peatlands, with several northern European countries outranking most nations in the Global South in total peatland.

“The EU’s double-standards on peatlands pose a clear and present danger to the planet. It is time to re-think this policy as citizens of the world”

Indeed, it is estimated that almost 90 percent of the bloc’s overall agricultural, soil-based emissions are from peatlands.

On a global scale, the European Union produces 15 percent of global peatland emissions, making the bloc the second-largest source of peatland degradation emissions in the entire world.

In this context, the EU’s insistence on banning palm oil makes little environmental sense. Apart from the fact that abundant scientific evidence, as the EU itself acknowledges, shows that a palm oil boycott would drive even greater rates of deforestation by switching demand to other more land-intensive vegetable oils. The EU’s own destructive policies on peatlands raise serious questions about the bloc’s professed environmental commitments.

The EU’s double-standards on peatlands pose a clear and present danger to the planet. It is time to re-think this policy as citizens of the world. We are all on the same boat and our future is interconnected.

Writer: Professor Ibrahim Özdemir is a world-renowned ecologist who has been a consultant to the United Nations Environment Program (UNEP) since 2015

Indonesian exports surge in April on higher commodity prices
May 21, 2021

Palm oil jumps to close near record high on soybean oil rally
May 19, 2021

The Global Biodiesel Market Retains Robust Growth Despite the Pandemic and Low Oil Prices
May 14, 2021